Life as a twin: Tischer’s inside perspective 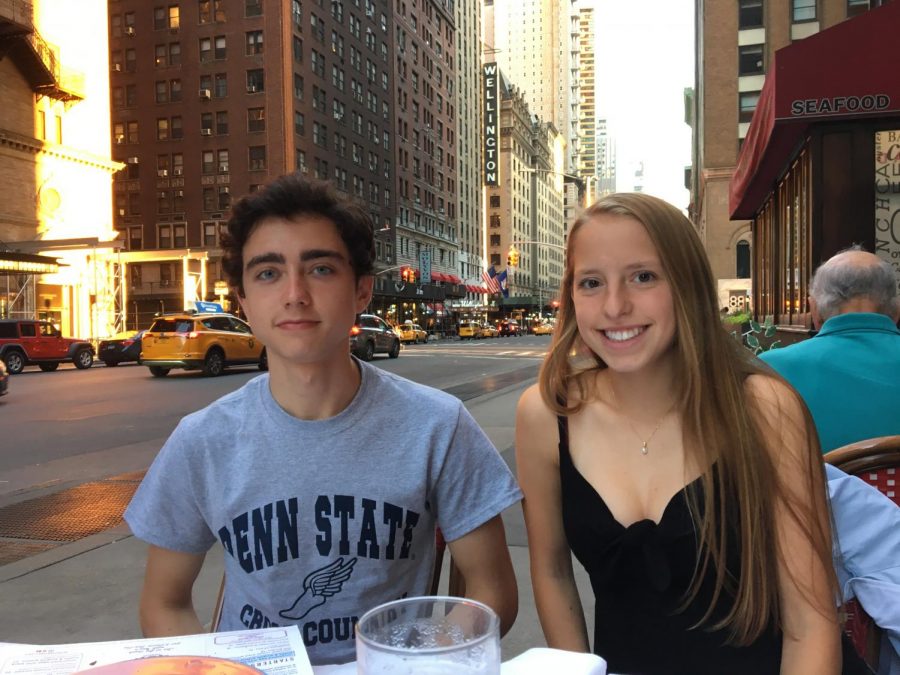 “Who’s older?” is the first thing people ask when they find out Alex and I are twins. I always say I’m a minute older, and then Alex proceeds to say, “it’s because I kicked her out of the womb to make sure it was safe to come out.”

Having a twin certainly has its ups and downs, but it means I have a best friend to go shopping with, for a run with and out to eat with anytime, granted I can convince him to go.

This does not mean that where I go, Alex always follows or vise versa. We are in overlapping friend groups and end up together at certain social events, but we have our own activities that we like to do outside of school and separate from each other. I would rather see a movie at a theatre on the weekend while Alex would rather play videogames with friends or watch a sports game. The idea that twins are inseparable and always have to be together does not apply to Alex and me or any other set of twins I know for that matter.

We’ve always had similar interests, such as musical theater. I like to say I first got him involved with it when my parents made him sing a song with me for the second grade talent show. We performed in every talent show together after that and proceeded to get involved with community theater productions together.

It’s nice having a twin in the respect that we get to participate in most activities together. New experiences are less scary because I’ll already have a friend with me. When we went to sleepover camps, having Alex with me helped make me less homesick and meant I had an immediate friend at the beginning of camp.

Because of our overlapping interests, we find ourselves being compared to one another which can be frustrating. For instance in cross country, we compare our race times even though a mediocre boy’s time tends to be a fast time for girls. We also end up comparing test scores and grades in classes which can be discouraging if I have the lower score, but it is nice to brag when I have the higher score.

That being said, when people try to compare us aside from each other, it is rude and impolite. Just like if someone compares a friend or sibling to the other, it only ends with disappointment and the feeling of not being good enough. We each have our own strengths and although Alex may be good at one thing, it does not mean I have to be too.

In addition to being fraternal twins, the fact that we have different personalities helps to keep our identities separate. I ended up being the more organized and managing type while Alex is kind of a “just get the job done the fastest” type of guy. When I tell my parents I have something due for a class, the next thing they usually ask me is “has Alex done it?”

Alex and I are separate individuals with our own responsibilities. We are both fully capable of doing our own assignments and tasks, so the common questions like “has Alex started?” or “Alex finished, have you?” are unnecessary.

The ironic thing is those who do not personally know Alex and me have no idea we are twins since we’re fraternal and look absolutely nothing alike. More often than none we hear that someone thought we were dating before finding out we’re twins. A cashier at a restaurant has asked us before how long we’d been together, insinuating that we were dating. Alex and I always laugh and have once accidentally said “we’re twins” at the same time.

Growing up I always wished I had a little sister, but I appreciate Alex and having a twin greatly. It’s a unique relationship that not many people get to have anything like. Having a twin is a part of my identity, and I most definitely would not be the person I am today without Alex.