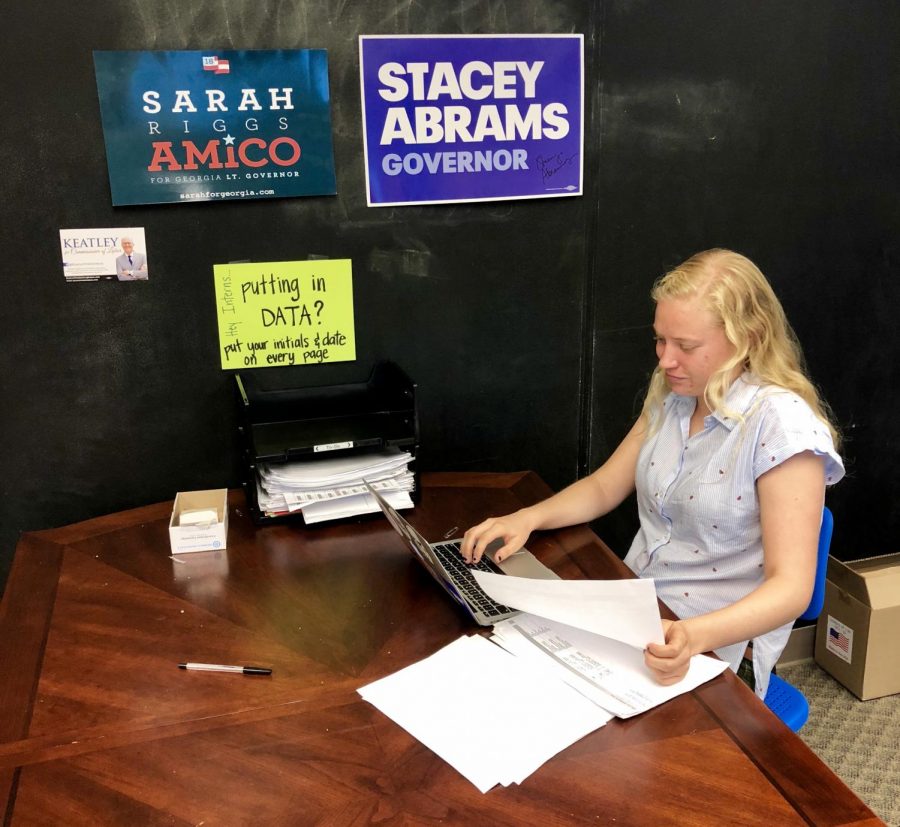 Nov. 6, Georgians will set out to vote in the midterm elections, which include Georgia’s gubernatorial election.

Ahead of the elections, Democrats and Republicans are trying to secure the votes of young people, encouraging them to get out to cast ballots.

“Young people are an integral part of my campaign — as interns, volunteers and donors — because they know I am running for them,” Abrams said. “I am running to be the ‘Public Education Governor,’ and under my administration, every Georgia student will have access to an excellent education from cradle to career.”

The Kemp campaign was also contacted for this article, but did not respond to requests by the Southerner for comment.

Amber Thomas, a 2017 Grady graduate, interned on the Abrams campaign from June to mid-August. She thinks that in the past, elected governors were older people who didn’t understand young people. If young people want this to change, they must go out and vote for candidates who better represent them, she said.

“It’s obviously a very important race for everyone to get involved in, but I think the first step is getting a bunch of young people to vote,” said Bea Brown, also a 2017 graduate who is interning on the Abrams campaign. “I think that’s going to be a very important section for this governor’s race and for all in Georgia in the future because not a lot of young people vote.”

Brown works as a field intern to ensure her voice is heard as much as possible in the imminent elections.

“If you’ve already committed to vote, it is important for young people to continue to be involved, and [interning] is one way to do that,” Brown said.

According to Thomas, the majority of the intern supervisors and supervisors Thomas worked with in the campaign office were under 35 years old.

Young people should be involved at all levels, in Brown’s opinion, including candidacy. Twenty-eight year old Alexandria Ocasio Cortez drew attention from the media recently, when she beat out 20-year incumbent Joe Crowley in the New York congressional primary.

“People can be inspired by Bernie (Sanders),  but ultimately even if my ideas of what policy should look like line up with Bernie’s, beyond that I don’t have that much in common with him,” Brown said. “So, if you have [young] people at the national level, that’s important to inspire people to see that change is possible.”

Young people turn out at a rate of about one in five at elections, but if they turned out at a rate of two in five, they could swing an election, according to “March for Our Lives” activist Matt Deitsch in an interview with Trevor Noah.

Abrams has made the effort to travel to more rural communities in northern Georgia where people do not think  their voices are heard. She focuses on people who are not like her and makes a point to listen to them

Abrams wants Georgians to do more than “just survive,” she wants them “to thrive,” Thomas said; She supported that ideology with Abrams’s opinion that food stamps help people survive but that is not the best life they can have.

“Young people working more behind the scenes or just down toward the state level, where we are not giving as much attention, is also important because it’s still visible to the people you’re representing or you’re working for,” Brown said. “We shouldn’t give up on the government or become content with what is happening right now.”