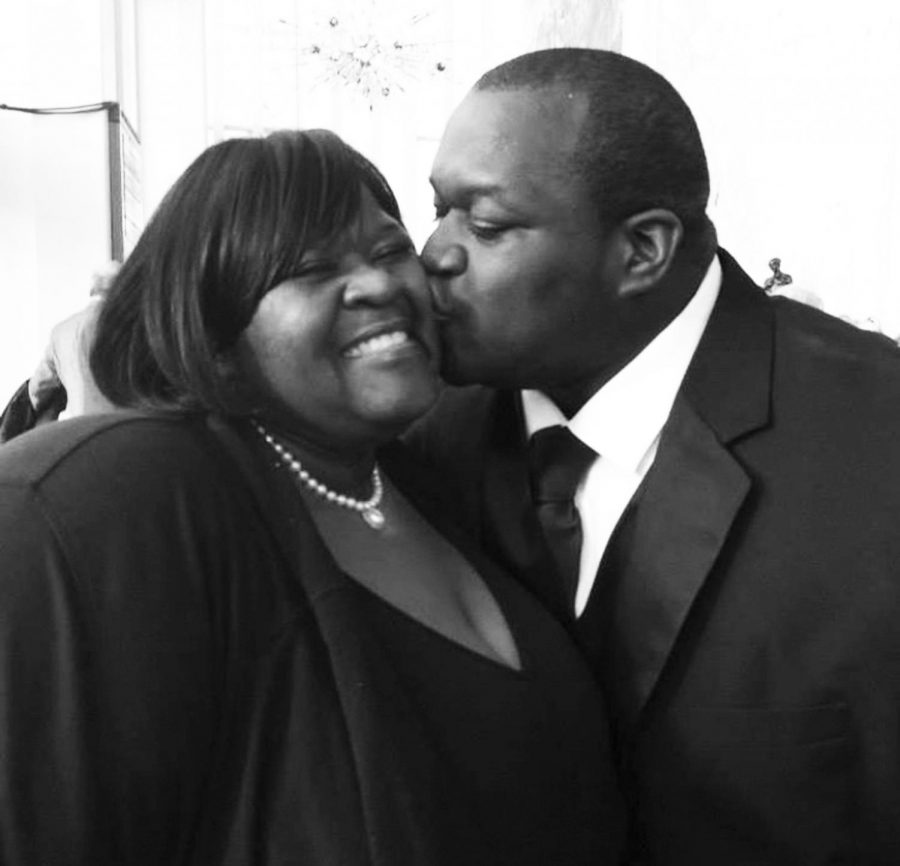 Throughout the concert hall, a low bass voice echoes. In the center of the stage, opera singer Reginald Smith Jr. stands belting note after note.

While he was performing in Memphis the weekend of Feb. 3, at any time, he may travel to New York or even Hong Kong.

Since college, Smith, a baritone, has performed professionally in operas throughout the world and has won numerous competitions. Before his current success, Smith began singing when he was a child and gained early support from his mother and Grady attendance clerk Bea Hall.

“My whole family sings, so I expected him to sing, but his gift and desire for opera began in third grade,” Hall said. “His music teacher at the time brought in an opera singer for them to hear. He came in that day all excited [and said] ‘mom I think I know what I want to do. I think I want to be an opera singer.’ I said ‘okay, let’s work towards it.’ That’s where he started.”

Smith remembers seeing his first opera in high school at the DeKalb School of the Arts. After watching the performance, he became attached to opera. Though he had done choir before, Smith decided to pursue solo performances after seeing the opera. During his sophomore year of high school, Smith was admitted to a program for the American Institute of Musical Studies in Graz, Austria.

To afford the program, Smith began collecting money through his performances. He sang throughout Atlanta and carried a bucket with him to gain enough funds. Smith praises his mother for her support in endeavors like this. Hall also admires her son for his work ethic and dedication to his music.

After high school, Smith earned degrees in vocal performance and choral music education for kindergarten through 12th grade at the University of Kentucky. With his mother’s encouragement, he decided to attend.

“He wasn’t going to go because I got sick, and then my car broke down,” Hall said. “He was like ‘mom, I’m not going.’ I said ‘yes, you are because this is the one you really want to go to.’”

His accomplishments include winning the New York Metropolitan Opera Auditions and securing the lead role in “Falstaff.” However, Smith does not value one performance above another and rather focuses on his present tasks.

“I really try to be proud of every single thing that I do and especially the things that I have going on and coming up at the moment,” Smith said. “I try to put my utmost pride and respect into each piece and every note that I sing at that time. I don’t have any most proud thing. I think I’m most proud and surprised and blessed that I’m actually making a living as a professional opera singer.”

For Smith, one of his most memorable and meaningful performances was during “Champion,” which tells the story of boxer Emile Griffith. While preparing for the show, Griffith passed away.

“His adopted son, who is a character in the opera, actually came to the premiere of the show and made it through almost the first half and had to leave,” Smith said. “You’re looking at your life and the life of a loved one being portrayed, and they’ve just recently passed away. It was quite an emotional journey for everyone involved. For me, that is an opera that I will remember and an experience I will remember for a very long time.”

When Smith has come to Atlanta, he has performed at Grady’s holiday concert and visited musical theater classes.

“In general, [he spoke about] what he does,” musical theater teacher Kevin Hill said. “ At that level [as a student], it’s about making the connections and getting out there and performing. The kids just had kind of an interaction where they would ask some questions; he sang a few songs, [and it was] just kind of a master class.”

After seeing her son mature and achieve his many accomplishments, Hall marvels at Smith’s journey with only one exception.

“I only regret that his father wasn’t here to see him,” Hall said. “His father died at 36 of complications of diabetes and heart problems. His dad would have been overwhelmed, especially since they have the same name. He will tell you ‘don’t call me Reginald Smith. My name is Reginald Smith Jr.’ He’s very quick to correct people. ‘Reginald Smith Sr. was my father.’”

Although Smith is often busy traveling and performing, Hall is sometimes able to watch his performances and feels proud to see who her son has become.

“People say ‘We loved your son. His singing is wonderful, but we really love him as a person,’ and for someone to tell you that they love your child as a person, it makes me feel good as his mom,” Hall said. “I really like him. I like his singing, but I like him. You can love something about someone, but if you love them and like them, that’s good.”