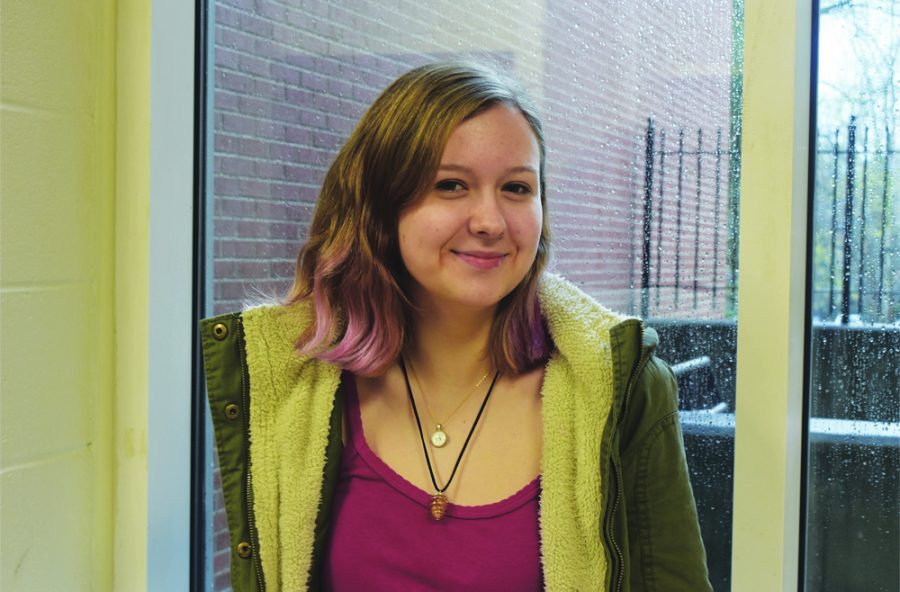 Senior Cali Chalfant, organizer of Grady's walkout, discusses the importance of students' voices in making change in the wake of the Parkland shooting.

One month after the shooting at Marjory Stoneman Douglas High School, students all over the nation plan to stage a walkout at their schools to push for action on legislation to prevent mass shootings. Students will leave class for 17 minutes for each of the 17 people killed in the shooting. Senior Cali Chalfant, the organizer of Grady’s walkout, discusses what weight students voices carry in making change.

“For me personally, I think it’s a message; to show that students are capable of a lot more than adults give us credit for, and that we have the power to do things without the government. The government is not doing anything about gun control right now, and so we are trying to show them that students can make that happen, whether it be protests or calling our congressmen. We have the power to do this.”

“Overall we need a lot more awareness for it and a lot more publicity. While there already is a ton, just showing that Grady is participating in that is very important.”

Why are students’ voices important in this movement?

“I think it’s important because we are the main people being affected by this right now. Not that there’s not other mass shootings but school mass shootings have become more common. This shooting at Parkland could have been at Grady. It could have been at one of our neighboring schools. It could have been anywhere. This is so important that it’s students: it is affecting the lives of everyone… but I think that students [are also important] because we are young, we are scared, and we felt in the past that we couldn’t do anything to change this. I think that now we are realizing that we can use our voices to make a difference.”

How important are young people’s voices in making any sort of change?

“I think that young people have led so many different movements; this wasn’t the first and it won’t be the last.”

What progress do you see the walkout-out making?

“Right now you have the right to concealed carry on a college campus [in Georgia], and I hope that [the walkout/further protests] will have some change about that.”

How do you think young people’s voices have increased in the past couple of years?

“I think that with the power of social media and other aspects of the internet, students have found a way to feel more comfortable talking about these issues. I know that a lot of people, especially a lot of young people, are just now finding their voice. It make sit a lot easier to reach out to everybody.”

What do you think this walkout will mean for the future of young people’s voices?

“I think that this is a huge step. We have had a lot of mass shootings, and I’ve never seen anything like this before to this magnitude. I think that this will wake some people up, and nd I think it will change a lot about how students think that they can make a difference.”

What feels different about this particular mass shooting/movements for change?

“It was the students in Parkland that made this different. The way that we saw this shooting was different than any other. We had footage from the kids themselves. It’s also so close to us: from Georgia to Florida it’s not that far. We had students here that knew people [from Parkland]. I think it really is the students that took the initiative and said, “this needs to be stopped.” I think that has made everyone aware that this needs to be the last.”