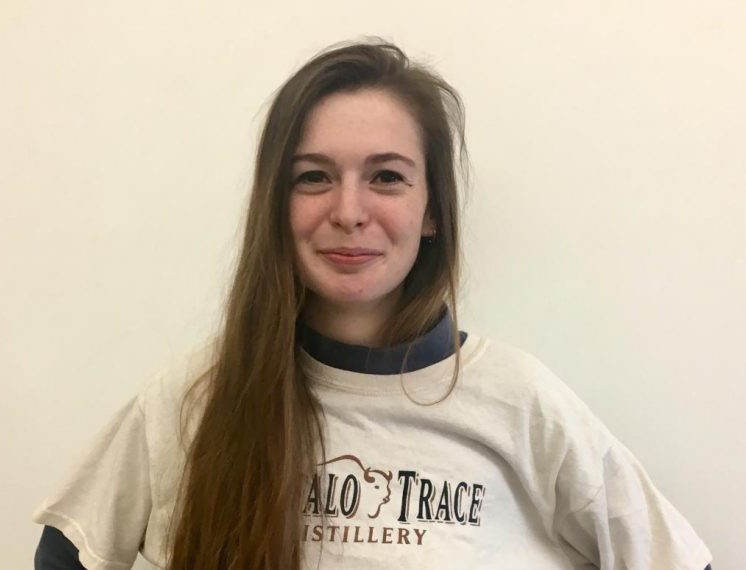 Senior Julia Hudson embraces her faith as a Quaker.

Religion is important to people all over the world. It involves celebrations, community, centuries-old traditions and faith. However, many youth tend to stray from faith and religion during their teen years, preferring instead to socialize with their friends or focus on academics.

This is not the case for senior Julia Hudson, a dedicated Quaker. Hudson is a member of Atlanta Friends Meeting and Southern Appalachian Youth Friends (SAYF), her youth group.

“I think people fall out of [other faiths] because they realize that they don’t believe in that, or they don’t want to follow that,” Hudson said. “There’s nothing that we really need to follow because we don’t have any rules that we have to believe in to be considered a Quaker. Anyone could come to meeting, and most Quakers will just listen to what you believe and be like, ‘Well, I believe in this, but you can believe in that.’ It’s easy to believe in whatever you want to.”

“We believe in the SPICES which stands for simplicity, peace, integrity, community, equality and stewardship,” Hudson said. “Some Quakers believe that there’s a God, and some don’t, but most Quakers will say there’s God in everyone, or there’s light in everyone. Not all Quakers believe that there’s good in every single person, but we believe in nonviolence.”

Quakers have their own form of worship service called meeting. As opposed to other faiths which may have a religious leader in a service, nobody leads meeting, because Quakers believe that everyone is able to hear the words of God.

“At meeting, we go into the meeting room, which is a large room with chairs and benches in a circle, and have meeting for worship,” Hudson said. “Quakers worship in silence, but anyone is able to stand and speak about whatever they feel.”

“I’m clerk, so in business meeting, I’ll go over the agenda and what we have to discuss,” Hudson said. “I have to make sure people don’t start to argue and that people stay on topic. Quakers use consensus, not majority, so we will sit in business meeting until everyone is okay with how we are going to solve a problem.”

“Julia is given a lot of responsibility by the adults and members of the youth group,” said V. Armstrong, a senior at Druid Hills High School and member of SAYF and Atlanta Friends Meeting. “She always steps up to take that leading and overseeing role to the furthest stretch of her patience, which is more than most people.”

“We have opening circle at the beginning of each retreat, and it’s a worshipful setting, which means no phones or talking. We normally do it at night because we pass around a candle and have everyone introduce themselves,” Hudson said. “At the end of the retreat, we have epistles where we again sit in a worshipful setting with journals, and we write about the retreat or anything that we wish to share, which will then be put in a letter that will be sent home after the retreat is over. People write about how much fun they had or any memories they made.”

Retreats can also include community service, volunteer work or forms of activism.

“Sometimes we do community service or volunteer work,” Hudson said. “Once, we protested Publix because the people who gathered tomatoes were not being paid enough, so we stood outside Publix with tomato posters and protested.”

Hudson appreciates the impact being a Quaker has had on her life and on her character.

“[Being a Quaker] has allowed me to listen more, because silence is a big part of Quaker worship,” Hudson said. “Also, I’ve learned how to be able to hear different opinions and accept that they might be different from my own.”

Even Hudson’s peers who haven’t been exposed to the Quaker faith can recognize the effects it has had on her personality and outlook on life and others.

“I do think her being a Quaker has greatly affected the kind of person she is,” senior and Hudson’s close friend Bella Romeyn said. “She’s super passionate about being honest and upfront about how you feel, and she’s strong-minded and cares a lot about the people who are around her.”

Members of Hudson’s youth group and meeting can also see how the Quaker faith and teachings have affected her as well as other Quaker youth.

“I think of the acronym SPICES as encompassing Quaker values, and Julia definitely incorporates those values just by being an all-around kind and considerate person,” Armstrong said. “Quaker kids are the most genuinely accepting and loving peers and friends I’ve ever had.”