the Southerner Online • May 3, 2013 • https://thesoutherneronline.com/6577/news/anonymous-hacker-nyans-aps-website/ 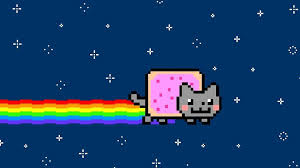 When junior Kether Griffin went onto the APS website on Jan. 30, he was surprised to see the ‘Nyan Cat’—a cat head with a poptart body and a rainbow trail that has become an Internet sensation.

A hacker whose identity remains unknown compromised the APS website on Jan. 20, putting the feline Internet image on the front page. The hacker also released a Microsoft Excel document with 18,444 individuals’ names along with their Infinite Campus usernames and other personal information.

At 7:21, APS’s twitter page, @apsupdate, tweeted “Our district website is down at the moment, so reach out directly to @apsupdate for questions/help/phone#’s etc. #aps.”

At 8:08 a.m., the hacker put a link to a site where an Excel document could be downloaded on his Twitter account.

According to the APS Wikipedia page, however, only 3,860 people are currently employed at APS. The identity of the remaining 14,000 names is unknown.

Many current and former Grady teachers were included on the list of names. Most of the Grady-affiliated names, however, did not have accompanying home addresses on the document.

At 1:19 p.m., the hacker tweeted that Infinite Campus passwords would be coming soon.

No passwords, however, were released by the hacker.

Because of the security breach of the APS website, all teachers and administrators were immediately forced to change their usernames and passwords for Infinite Campus, media specialist Brian Montero said.

“They also disabled all website editors from being able to log-in because of this,” Montero said. “Now we are waiting for them to reactivate the website log-ins from the web-service.”

“You might wanna meet on Friday to discuss the lack of security,” the hacker tweeted at 3:13 p.m on Jan. 30. “Or maybe how long you nyaned this morning?”