To protect athletes from burnout, each sport has a specific season for practices and games. Outside the normal season, coaches aren’t allowed to train with more than two players except non-sport specific conditioning.

Despite not having a coach mandating practice attendance, players still find time to practice during the offseason. Led by captains, many teams have been practicing for months. Basketball started first, as it is a winter, not a spring sport.

“Since this summer, the basketball team has been having practices and conditioning, and currently the varsity team is taking part in a fall league at New Manchester High School,” junior center Franky Fernandez said prior to the official start of practice. “These practices have been extremely important to the team. We have a lot of players who have no experience playing varsity basketball and this time before the season has been used to increase both team chemistry and experience.”

Once school started in August, other sports began to follow basketball’s lead. Ultimate frisbee began practices in August, and other teams followed suit.  Now, ultimate, lacrosse and tennis all have regular practices for both their girls and boys teams, and soccer plans to  start them soon. There are a variety of things that they hope to accomplish at captain’s practices. First, they provide the teams with an opportunity to recruit and teach new players.

“They are super important,” girls ultimate frisbee captain Ebet Lansing said. “If you’re new to the sport, it gives you a glimpse of what ultimate is like and whether or not it’s something for you. And if you’ve played for years, it’s a great way to come out and show others just how awesome of a sport it is.”

Another vital benefit is that captain’s practices keep new and returning players in shape, so that the team is ready for the season.

“At captains’ practice, we normally warm up with at least a one-mile run and then do agility and foot drills,” junior lacrosse captain McCray Kelly said. “Then we practice just basic things like passing. They are important because it helps new players develop skills and keeps the returning players in shape. It also is helpful for the team to get to know each other and grow closer before the season starts.”

Captains’ practices help reinforce the fundamentals for players. If players can master those skills, then when seasons start, they will be able to make better use their practices, instead of wasting valuable time going over basics of the sport.

“At captains’ practice we usually start off with some focus throwing or a drill to get us ready to scrimmage,” sophomore ultimate frisbee player Owen Mork said. “Then the rest of the practice is for scrimmaging.” 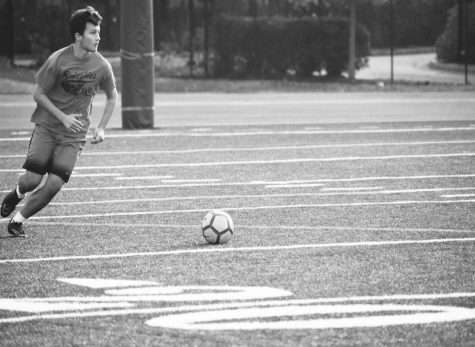