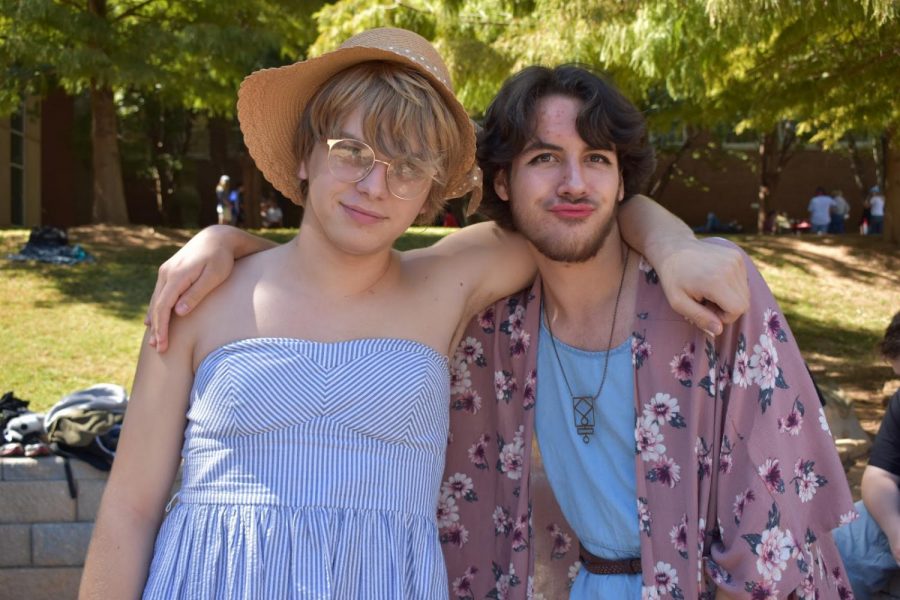 Juniors Michael Morey and Henry Sadler strike a pose for Gender Bender day on Wednesday Oct. 4. The duo gave the camera a "duck lip" face as the wind blew their dresses in a Marilyn Monroe fashion.