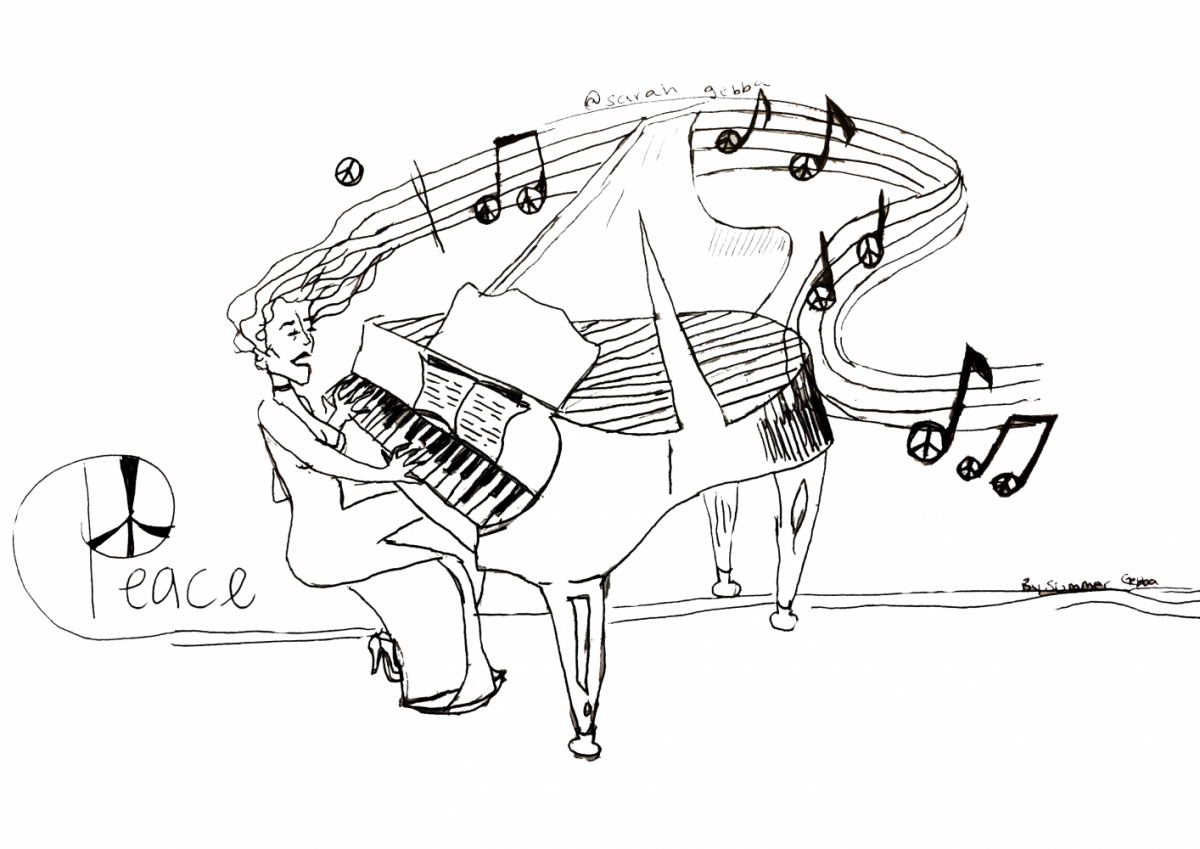 In preparation for the Pianos for Peace festival, volunteers placed 29 hand-painted pianos across Metro Atlanta. The festival, which was held at the start of the fall, was part of nonprofit Piano for Peace’s larger goal to promote philanthropy and peace through music in Metro Atlanta.

Pianos for Peace was founded by Malek Jandali, a Syrian-American composer and pianist with a passion for creating a better community through arts, education and philanthropy. Jandali started Pianos for Peace in 2015 when the National Endowment of the Arts took away many grant programs for individual artists. Jandali also founded the Mark Jandali International Youth Piano Competition to bring together young musicians from around the world to play at Carnegie Hall.

According to an interview Jandali gave to the Georgia State University Signal, music is able to unite people because it is “different from any kind of art because you can’t see or touch music.” Through this unique quality, music brings together different kinds of people, promoting peace and engagement in a community.

“I was walking on the BeltLine and heard someone playing the piano,” junior Lilliana Chandler said. “The piano looked really nice, because, when you looked at it, you were looking out onto the city. At first, I thought ‘why is this guy playing the piano?’ Then I thought that it was really cool, and he was really good.”

Junior Emma Green found the hand-crafted piano at the MARTA station near the High Museum enticing as she waited to be picked up.

“I was waiting for an Uber at the Arts Center MARTA station, and I saw this random piano,” Green said. “I know a few chords, so I started playing. Some guy told me that I was good and that I should play more. It was nice to have someone compliment me.”

With the aim to promote harmony in the community through music, Pianos for Peace’s outdoor festival was expected to draw in half a million people this year. The colorful instruments, part of one of the largest art displays in Atlanta, inspire impromptu outdoor music lessons and group sing-a-longs.

“I was riding home one night [on the BeltLine] and saw some people gathered around and stopped to see what was up,” Grady alumnus Thomas Grant said. “I’ve been stopping on my way to and from work almost everyday. I’ve had many interactions where people will stop by and start playing a song with me, or I’ll bring my friends up there, and all of a sudden, there’s like eight people up there together.”

To become an Ambassador for Peace, you can apply on the website and participate in next year’s festival and become a part of an international program, creating a global movement for the world to make music and spread peace.

The outdoor music festival was just the beginning of an effort to create harmony in communities. Pianos for Peace strengthens the community by creating scholarships and supporting programs in place to motivate young people to pursue musical careers. Their performing arts program facilitates events that embody peace through music and culture targeting young musicians and refugees. They also support humanitarian efforts in the community which emphasize harmony in communities in need.