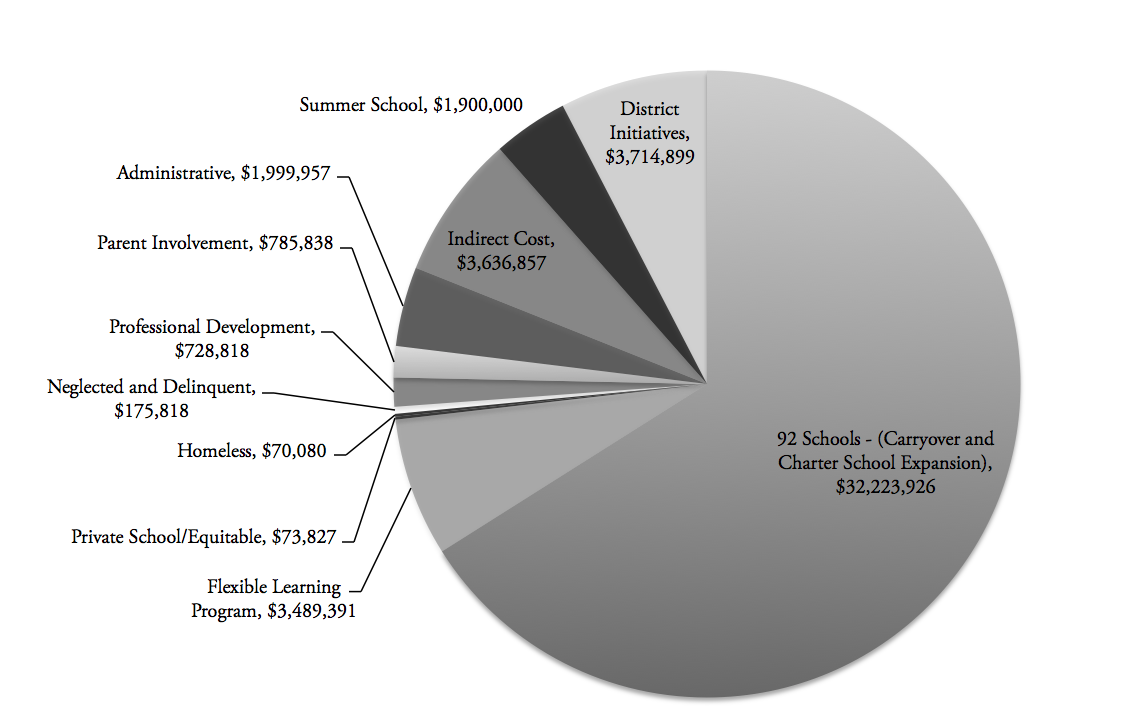 When students return from summer break each year, they are met with neon purple, yellow and green forms to fill out. Seemingly insignificant, these routine forms gather information on Grady’s demographics, securing an estimated $200,000 in federal funding each year.

Title I is a program funded by the U.S. Department of Education to provide additional funds to schools with high poverty levels. Last school year, Inman Middle School, a feeder school to Grady, lost this funding. This year, Grady lost the sum as well.

The loss of Title I status meant the loss of a $200,000 budget allocated for supplies and technology for classrooms to benefit economically disadvantaged students. Because of a new, centralized school budget, Grady does not anticipate a shortage of these supplies. According to Byron Barnes, Grady’s instructional coach who helped coordinate this years budget ,it is looking like it will meet the need for instructional supplies.

“Those supplies that Title I funds were used to purchase will be what we try to allocate the budget for or purchase first, then all the extra things will come later,” Barnes said. “Students who are impacted by free or reduced meals shouldn’t see a reduction in the supplies or resources that are available to them.”

While the budget for instructional supplies is not expected to take a hit this school year, the school’s lack of extra funds from Title 1 will impact the school soon. Last year, Grady covered the cost of every AP exam. This resulted in 659 more AP exams taken and 245 more passing scores on AP exams by students. According to Barnes, Grady does not anticipate being able to afford to cover these costs this school year.

The Grady cluster, which includes Grady and its feeder elementary schools and middle school, anticipated losing Title I funding to an influx of upper-middle class families in the feeder neighborhoods and a decrease in families that qualify for free or reduced lunch. To determine a school’s eligibility for Title I funding, state educational agencies rank school districts based on their levels of poverty, and the district schools with the highest percentages of low income students are granted Title 1 status.

According to Kathleen Yarbrough, the Atlanta Public Schools Director of Title I, APS receives $29 million in Title I funding. In the past, this sum has reached as high as $36 million, she said.

“Atlanta is at the top [in Title I funding] because we have high poverty,” Yarbrough said.

Schools within APS qualify for Title I status based on the percent of students who are eligible for free or reduced lunch. Traditionally, schools with 35 to 40 percent of their student population qualifying achieve Title I status and receive funding based on their ranking; however, this year the federal guideline increased to 50 percent.

“The federal guidelines shifted the minimum free or reduced [lunch] percentage up to 50 percent, and we have been holding at around 37 to 40 percent for the last couple years,” Barnes said. “Our free or reduced status has been fairly consistent

the past few years.”

While Grady’s percentage of students who qualify for free or reduced lunch has decreased over the years due to demographic shifts in Atlanta, the loss of Title I funding was ultimately caused by the shift in federal guidelines.

“At least for the past three years, we have been just between 35 and 40 a meals,” Barnes said. “We still have about 600 families that have not completed applications, so that number could get higher. But 34 percent at this time of year is consistent to where we were the last year or two as well. It is possible that by the end of the school year we could get up to as high as 37 percent, but we don’t expect to go much higher than that.”