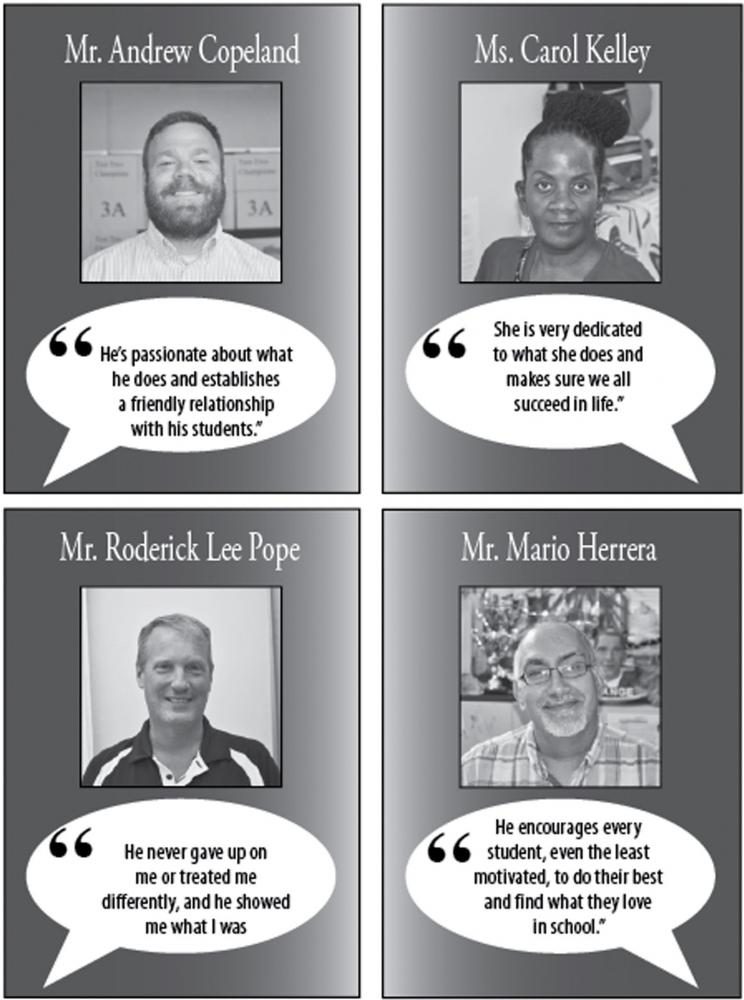 At the end of their last semester at Grady, seniors choose their favorite or most influential teacher for the 12th annual Marian P. Kelly Award. The accolade is in honor of retired teacher and Language Arts Chair Marian Kelly who taught at Grady for over 35 years and was known for her support of students and teachers and her outreach to the community.

All 12th grade English classes were surveyed, and students chose their nomination and their brief reason for selecting them on a ballot. The ballots were tallied, and the top four nominees were selected. The winner will be chosen by the senior class from these four nominees.

In the past four years, the award has gone to Gary Hardy (2016), Tarra Avery (2015), Malik Bostic (2014), and Lawrence McCurdy (2013). These teachers were not able to be chosen for the award again this year, and any ballots nominating them were not considered in the selection process.

Copeland has been at Grady for three years and teaches World Geography and AP Psychology. He also serves as the coach for both the Mock Trial and tennis teams and is well liked for his friendly and relatable attitude towards his students as well as his engaging classes.

Pope has been at Grady for 11 years and leads his AP U.S. History and Musical Theatre II classes. He directs the annual winter musical with the students in his class and serves as the coach for the Grady golf team. He is well known for his passionate teaching style as well as his students’ academic success.

Herrera has also taught at Grady for 11 years and is beloved by his Grady Jesters as the coach of the Speech and Debate team. Along with leading the team to repeated success, he teaches speech and forensics, ninth grade literature, and the newly added AP Seminar course.

Kelley, one of the few women to recently be nominated for this award, has been at Grady for five years. She teaches 10th grade World Literature and 12th grade British Literature and has taught Advanced Composition in past years.

The winner of the Marian P. Kelly Award will be announced in the upcoming issue of the Southerner, and the teacher will be honored at the senior class’s Visions ceremony in May.