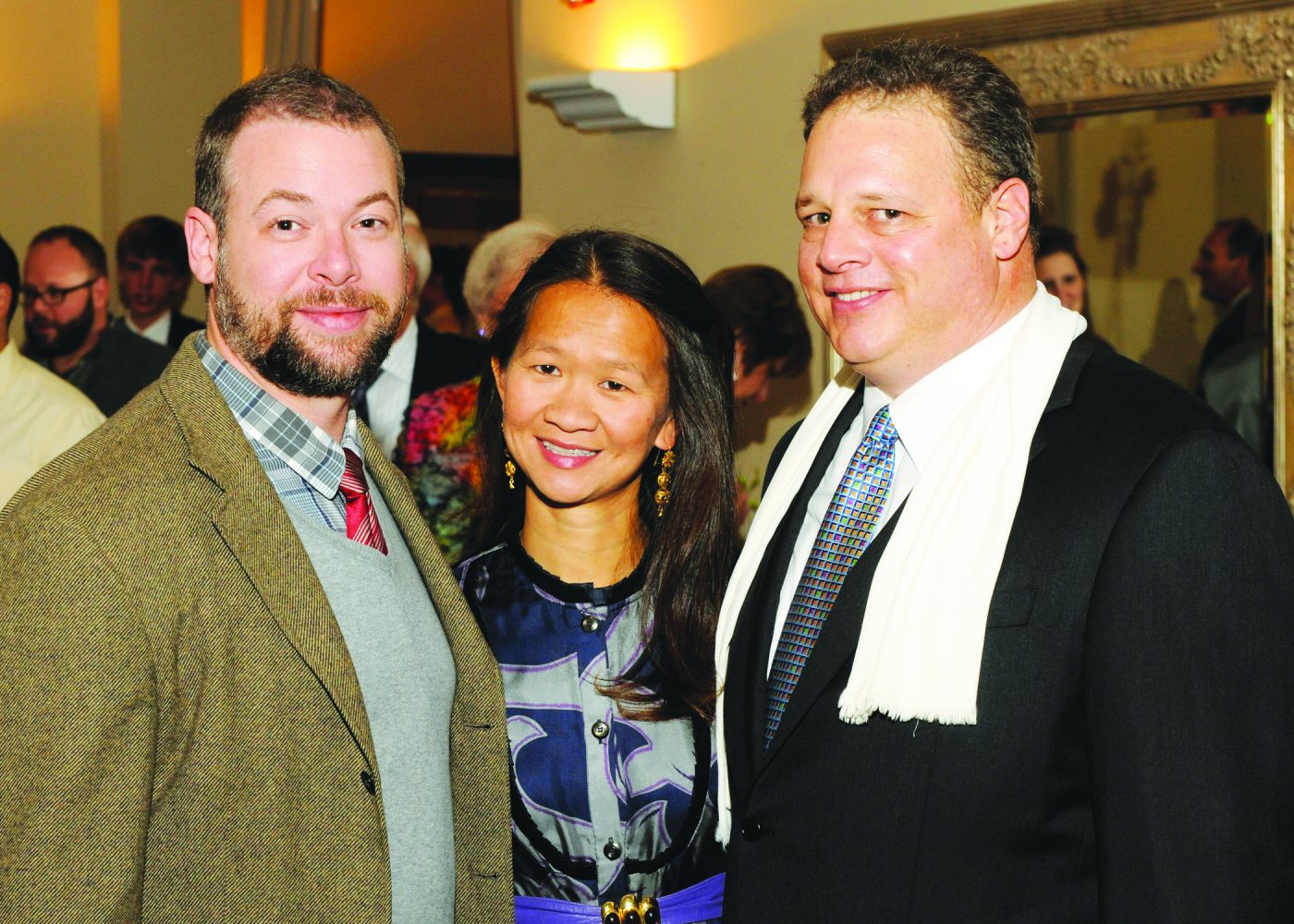 Trinh Huynh stands at mock trial fundraising event with the two other coaches, Brian Leah and Carol Gebo. Huynh was a coach of the team for 11 years.

A remarkable life that impacted many others ended on the morning of April 3 when Trinh Huynh, a former long time Grady Mock Trial coach and corporate lawyer, was shot to death walking to work on Peachtree Street.

Grady Mock Trial team coach Carl Gebo worked with Huynh during her time with the Grady team. He remembers Huynh as a great coach.

“Without exception, Trinh was the most dedicated, innovative and driven person I’ve ever seen coach a mock trial team,” Gebo said. “She was tenacious and did not expect anything less than a student’s best, but she incorporated humor into every aspect of her coaching approach. Never to demean or insult but always to engage and educate.”

Her death came as a saddening surprise and it is still very unclear what caused the tragedy. On her way to the nearby MARTA subway station, a gunman ran down the street to Huynh, fired three times at Huynh, and took off. She was quickly rushed to the hospital but the injuries ultimately proved to be fatal.  Before the murder, the shooter was already wanted for two stabbings, but the police did not have a reason for the specific attack on Huynh.

Though Huynh’s life ended short, it was full of inspirational stories of leading and helping others. Huynh’s remarkable journey started at the age of three, when her mother, Van Lam, led her family and about 50 others aboard a small boat to leave their home in Vietnam.

Huynh, her five sisters and her parents moved to Gainesville, Ga. after surviving the long trip. She then excelled at Gainesville High School before attending Princeton University and Emory Law School.

Huynh became an accomplished lawyer and worked for companies including Coca-Cola Co. and United Parcel Service (UPS). Even as Huynh excelled in her career, she remained active in the Atlanta community.

“If you had asked her, she only did what anyone would do, but ‘oh it’s no trouble’ was commonly heard coming from her lips,” Dao Huynh said. “She did what needed doing because she wanted to, because she genuinely enjoyed to help out.”

A lot of that type of kindness was directed to the students on the Grady Mock Trial team, as Huynh showed unconditional care for her students.

“My nickname for her was Mama Huynh,” Abena Amoakuh, a former Grady student and mock trial member, said. “Trinh was always committed to helping us whether or not it had to do with mock trial. I am so lucky to have known Trinh, to have been coached by her, and to have been loved by her.”

Amoakuh also added that she loved her time on the mock trial team with Huynh as a coach.

“While I was on team, I am pretty sure that I spent more time with my teammates and coaches than with my own family,” Amoakuh said. “But what was funny was when we weren’t preparing for competitions, we still found ourselves hanging out with each other.”

English teacher Lawrence McCurdy also worked alongside Huynh as a coach for about seven years.

“She taught me a lot on how to interact with kids and get the most out of them,” McCurdy said. “She always related to the kids really well. While respecting her as a coach, the kids were able to have her as a good friend, too.”

Additionally, Huynh had a passion for travel and adventure. During breaks from work, she went on several trips across the world. She visited every continent except Antarctica and went on backpacking trips in several European countries. Dao Huynh remembers Trinh’s fun spirit.

“If life was an orange, Trinh squeezed every last drop of juice from it,” Dao Huynh said. “She lived responsibly while still having as much fun as she could pack into 24 hours a day. She knew better than most that tomorrow is not promised to us and she aspired to live every day with no regrets.”