the Southerner Online • May 19, 2017 • https://thesoutherneronline.com/63988/sports/boys-lacrosse-team-sees-first-playoff-appearance-in-program-history/ 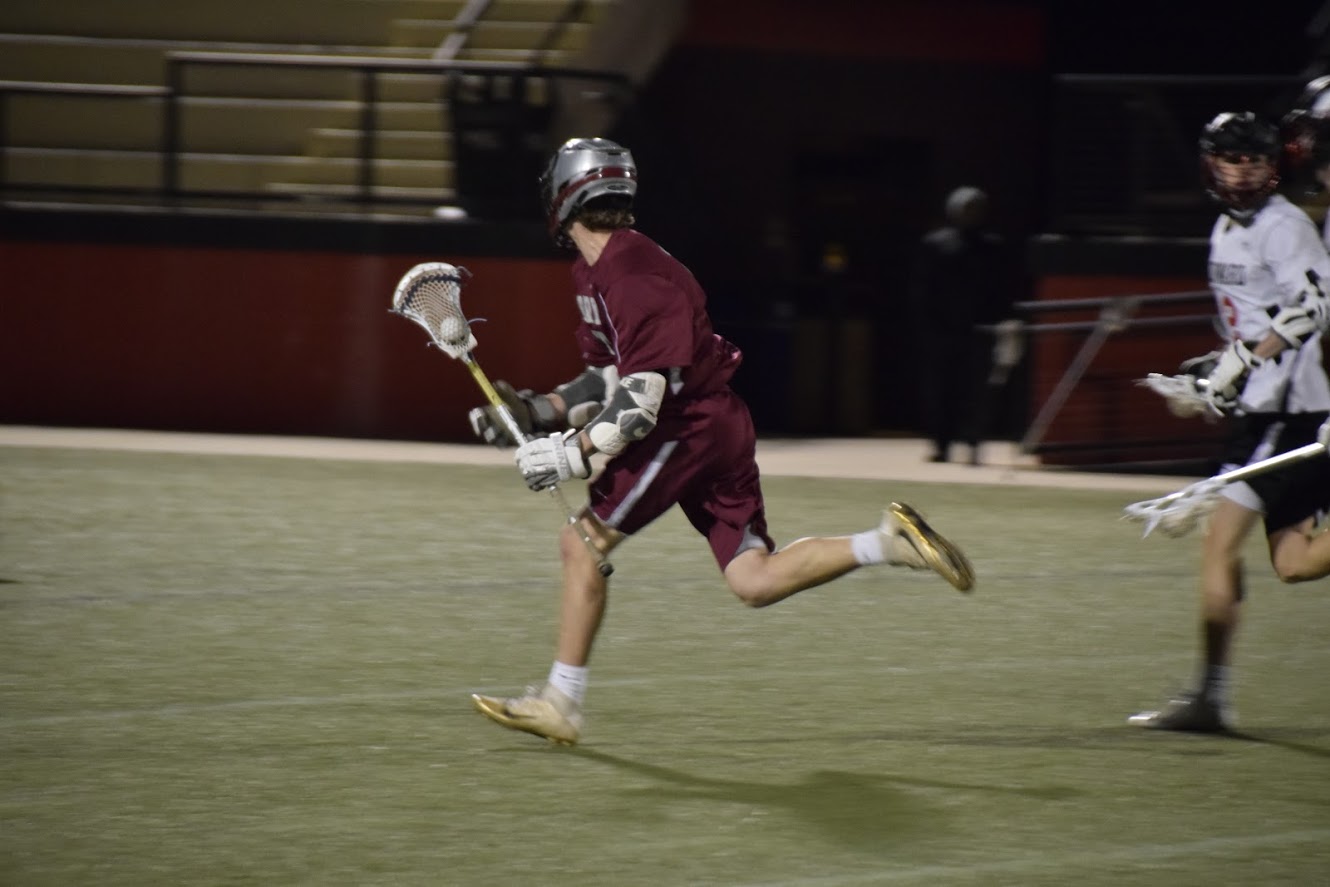 History is not a term that is often thrown around when talking about high school sports teams, but for the Knights’ Boys Lacrosse team, it is something they have rallied behind this season. Last year, the boys finished with their best record in program history, but graduated six seniors, most of whom were a major part of the team’s starting lineup.

“I lost pretty much my whole defense last year, and two thirds of my attack,” Coach John Ochsner said. “At the beginning of the season I was actually thinking it was a rebuilding year.”

The first practices of the year were spent to teach the basics to inexperienced players who would have to step up in the absence of last year’s senior class. It was tough for the  relatively new Grady team at first.

“It was strange at first because usually Will [Taber] organized everything and we were ready by the time practices started in January,” senior Zion Wigham said. “This year we had to regroup first, see where all our strengths and weaknesses were.”

The knights outscored opponents 29-1 in their first two games, before one of their toughest matchups of the season: Woodward. The boys came out of the tough conference meeting with a tough 21-3 loss, and then dropped to Mountain View 17-9 in their next contest. Sitting at a record of 2-2, they were looking at 10 more games to play, and another season with the potential to be the first playoff break in school history.

“Those two losses really gave us an opportunity to look at ourselves as a team and really assess who we are,” sophomore Jordan Thomas said. “We built on our strengths and improved on our flaws, and continued to grow from there. Great leadership and team unity gave us identity and showed us what we could be.”

From 2-2 the boys went on a hot streak, winning eight out of their next nine. Most notably, the Knights took down conference opponents Mays 13-0, and gathered an important victory over Decatur, 8-6.

“We targeted the Decatur game, knowing if we beat them we would have a very good shot at making the playoffs,” Ochsner said. “We beat them, in probably the best game we played all season, to guarantee the playoff spot.”

The Knights reached a new best two seasons in a row, and this year was an unexpected one. The new and returning players alike stepped up to propel the team into the playoffs, where they headed with a record of 9-5. Their first round matchup against Westminster resulted in a 19-4 loss for the Knights, but they had much to celebrate in their first playoff game ever, and much to reflect on for next season.

“We proved that we have what it takes to make playoffs,” junior Christian Martin said. “The team has reached a new standard, and I think we will continue to strive to reach the same goal, or do even better next season.”