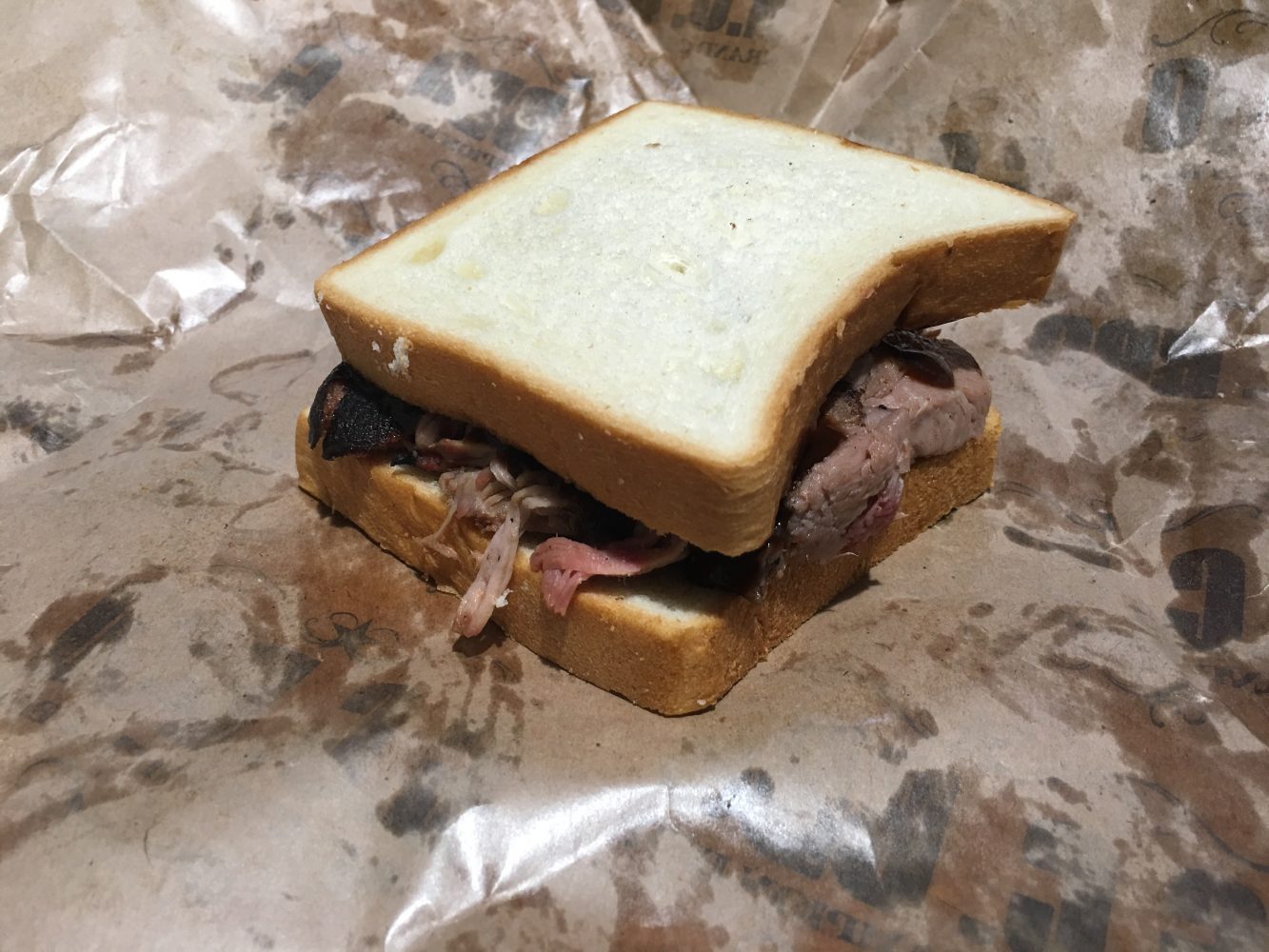 By Kassidy Kelley and Frankie Clarke

Krog Street Market has always been a go-to location for restaurant owners of trendy and multicultural eateries to settle down and open up shop. Since its opening in 2014, the market has seen many businesses come and go.

Within the past four months, The Cockentrice, Craft Izakaya, Frankly, and The Spotted Trotter were all either closed or replaced. While change is always good and appreciated, sometimes it’s nice to just go back your roots. Grand Champion BBQ (G.C. BBQ) is one of the few restaurants that has been around since the market’s opening, but they don’t get enough credit. Located in the back of the market, very few of our friends had even heard of G.C., let alone eaten there. Despite our lack of insight, we both have always had an appreciation of barbecue as a Southern staple, so we were very eager to check it out.

After approaching the counter, we ended up waiting in line for about 10 minutes, though there was only one customer before us. The servers prepare your meal right in front of you, and once it was our turn to order, the meal preparation was relatively fast. We decided to order the Pulled Pork sandwich ($8), the 1/2 Pound Smoked Chicken ($7), the Mac and Cheese ($4),  the Collard Greens ($4), and the Banana Pudding ($2.25). We wanted to order the Beef Brisket as well, but they were out of this very popular dish.

We started out with the chicken and the pulled pork. We drizzled both of them with the restaurant’s own barbecue sauce. The pulled pork was juicy and tender, bringing back memories of backyard BBQs. The chicken, however, was underwhelming. It was dry and a little bit tough to chew. Fortunately, the barbecue sauce was sweet and added flavor to the chicken.

With our main entrees settling into our stomachs, we decided it was time to give the side dishes a try. The mac n cheese was by far the winner of the meal. The warm cheese was just the right amount of stringy and goopy, giving the mac n cheese a great texture. The only downside to this delicious side was the lack of quantity, making it not worth the four dollars we spent.  Next was the collard greens. For collard greens, these were a bit bitter and lukewarm. With the flavor being mundane, we drizzled the extra barbecue on top to give the greens a bit of a kick. This extra sweetness helped but the collard greens still didn’t win over our stomachs.

Lastly was the much-anticipated dessert. One thing that immediately grabbed our attention was the size of the dessert. The banana pudding we ordered turned out to be the same size as our sides but $1.75 cheaper. This inconsistency in the pricing irked us but the desire to try the banana eventually won us over. The pudding was fantastic, balancing just the right amount of banana to the overall pudding. Layered beneath the pudding was a vanilla wafer crust adding a wonderful amount of sweetness and crunch to the dish. Overall the dessert left our sweet tooths satisfied, making this dish a must-have when visiting G.C..

A worker we talked to named Kaleb Jenkins, was very sociable and filled us in on the tips and tricks of G.C. BBQ. “The weekends are busiest, if you don’t want to wait in line I’d recommend coming in on a Monday or Tuesday,” said Jenkins.

When asking for recommendations for our future visits Jenkins spilled the (baked) beans on what entree is the best. “Our best seller is the brisket, we have simple long ways on cooking our meat, which makes G.C. BBQ a staple for a lot of people who come to the market.”

While restaurants come and go at Krog Street Market, it seems that G.C. BBQ is here to stay. While the south has no shortage of BBQ places, Grand Champion BBQ creates mouth watering dishes that leave you wanting more. While it’s not the most friendly to your wallet, the quality of ingredients and the effort put into the dishes, makes the prices justifiable. Next time you’re looking for a place to eat at Krog Street Market, G.C. BBQ is definitely worth the stop, proving that you can never go wrong with a southern classic.