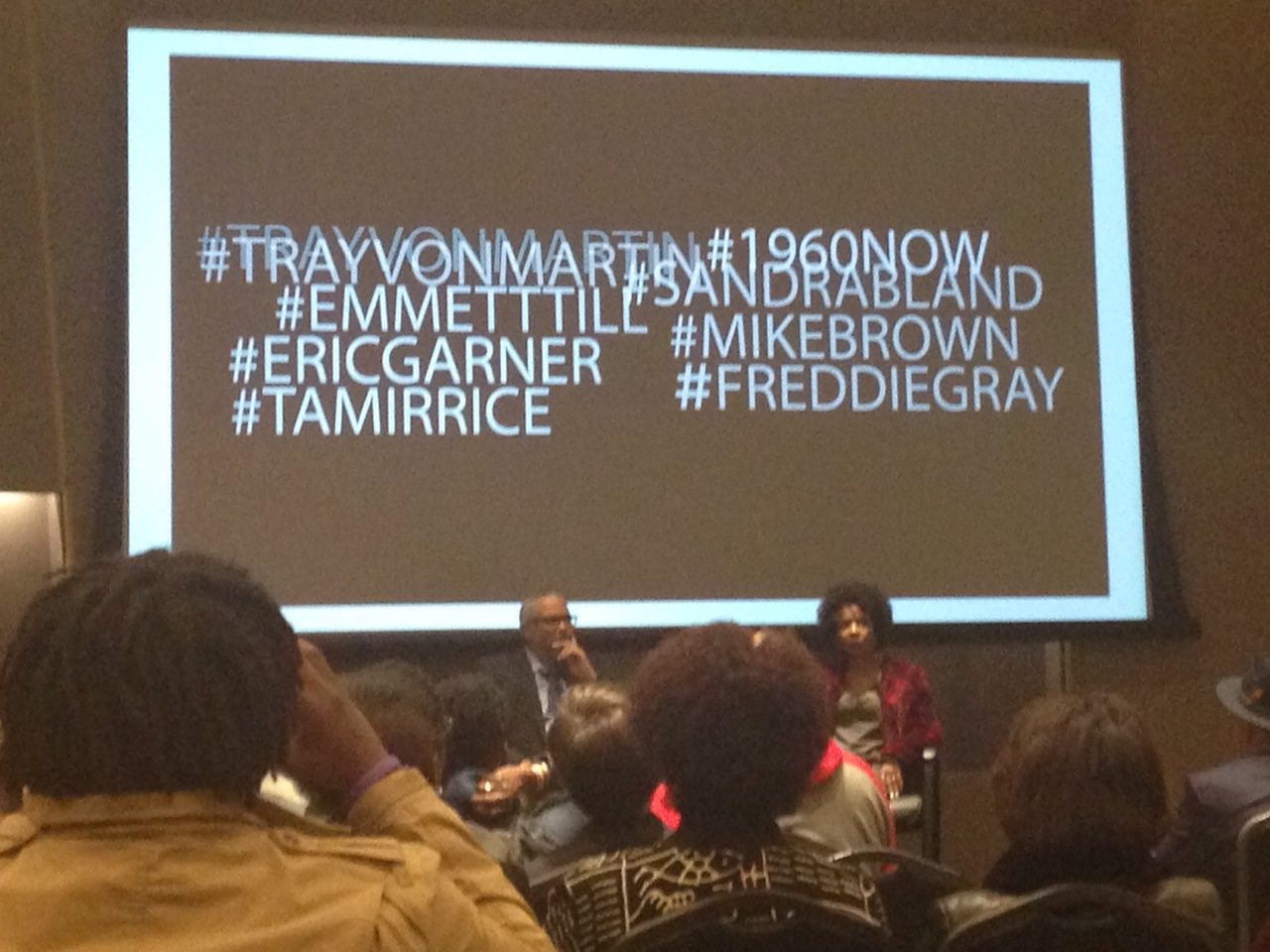 By Parker Killenberg and Alex Opsahl

To celebrate Black History Month, the Center for Civil and Human Rights hosted several events intended to spark inspiration in the community and foster change.

In the first event of the month, held on Feb. 1, Dr. Beverly Tatum, the President Emeritus of Spelman College, and Dr. C. Nicole Mason, who heads the Center for Research and Policy in the Public Interest, spoke about racial tension in America.

The conversation, titled “When Race Meets Us At the Door,” explored methods with which community members can learn more about racial barriers and fight back against racial oppression.

Mason spoke about the challenges she faced growing up as an African-American woman and the fight she won to get out of her impoverished situation.

“It’s absurd that black people are expected to achieve the same level as white people when they have to overcome so many barriers,” Mason said. “In black communities, children may not have access to healthy food or safe neighborhoods.”

Tatum said conversations about race are an integral part of resistance to racial oppression. She recommended that educators include such conversations in their school curriculum.

“I think teachers are sometimes hesitant to have those conversations in class because they’re not confident in their ability to facilitate that conversation, but it is a skill you can learn,” Tatum said. “The key to a good conversation is good facilitation.”

“In order to bring black history into the classroom, educators and other students can hand the mic over to black students and ask them how they feel,” Najia Perryman, a Georgia State University student, said. “I go to a predominantly white college, and a lot of times I feel alone. I feel excluded. I feel hated a lot of times. You don’t have a voice unless you make one. If you are someone in charge, hand over the mic and say ‘how do you feel?’”

On Feb. 3, Sheila Pree Bright, a local activist and artist, spoke with Michael Simanga, a professor of African American Studies at Georgia State, about her photo series “1960now.” The series depicts Black Lives Matter protests, protesting the violence shown towards African-Americans by police. As Pree Bright spoke, black-and-white images of African Americans of all ages carrying signs, raising fists and facing policemen flashed across a screen behind her head.

Pree Bright shot the series in black-and-white to reflect the similarities between the oppression that motivated both Black Lives Matter and the 20th century Civil Rights Movement.

“I wanted to speak to the times,” Bright said. “Young people today feel like they’re fighting the same fight as their grandparents.”

Bright aimed to counter media narratives about race with her work. When she spoke, she cited an example of media misrepresentation of a protest she attended at Stone Mountain.

“The police were immediately throwing the protesters on the ground and arresting them. You don’t see that on TV,” Bright said. “When you look at work in traditional media, you see the sensationalization of black anger. When I photograph a protest image, they’re like portraits. I want to show their pain and sorrow, not just their rage.”

Events later in the month included a dance class, a book reading by former track and field Olympic athlete Melvin Pender, a discussion about the intersection of Hip Hop and Civil Rights and a discussion of black politics after the end of the Barack Obama presidency. The Center also hosted an Alliance Theater performance of the play “In the Southern Breeze,” which portrays four African American men from different time periods colliding in the woods and realizing that the passage of time does not necessarily coincide with improved treatment of African Americans.

Attendees said the events were important to the movement for racial parity.

“As a civil rights leader, I want to help more people come here to this place,” Perryman said. “I’m trying to raise participation and gain more collaborators so that we can get more people here and get a diverse range of people here.”

Some at the events voiced concerns about the diversity of the attendees, who were primarily African American.

“Half of the people at the Women’s March are not here,” Bright said. “To me, we’re not still together. We’re all in a bubble.”

The events are among many others the Center hosts year-round that aim to educate the public about American history and promote action against oppression.

“The Center is dedicated to supporting the historical accomplishments of every person’s culture,’’ Edwards said. “We are a blended people. That’s what the United States was founded upon. We are a melting pot of cultures, so celebrate them every day.”