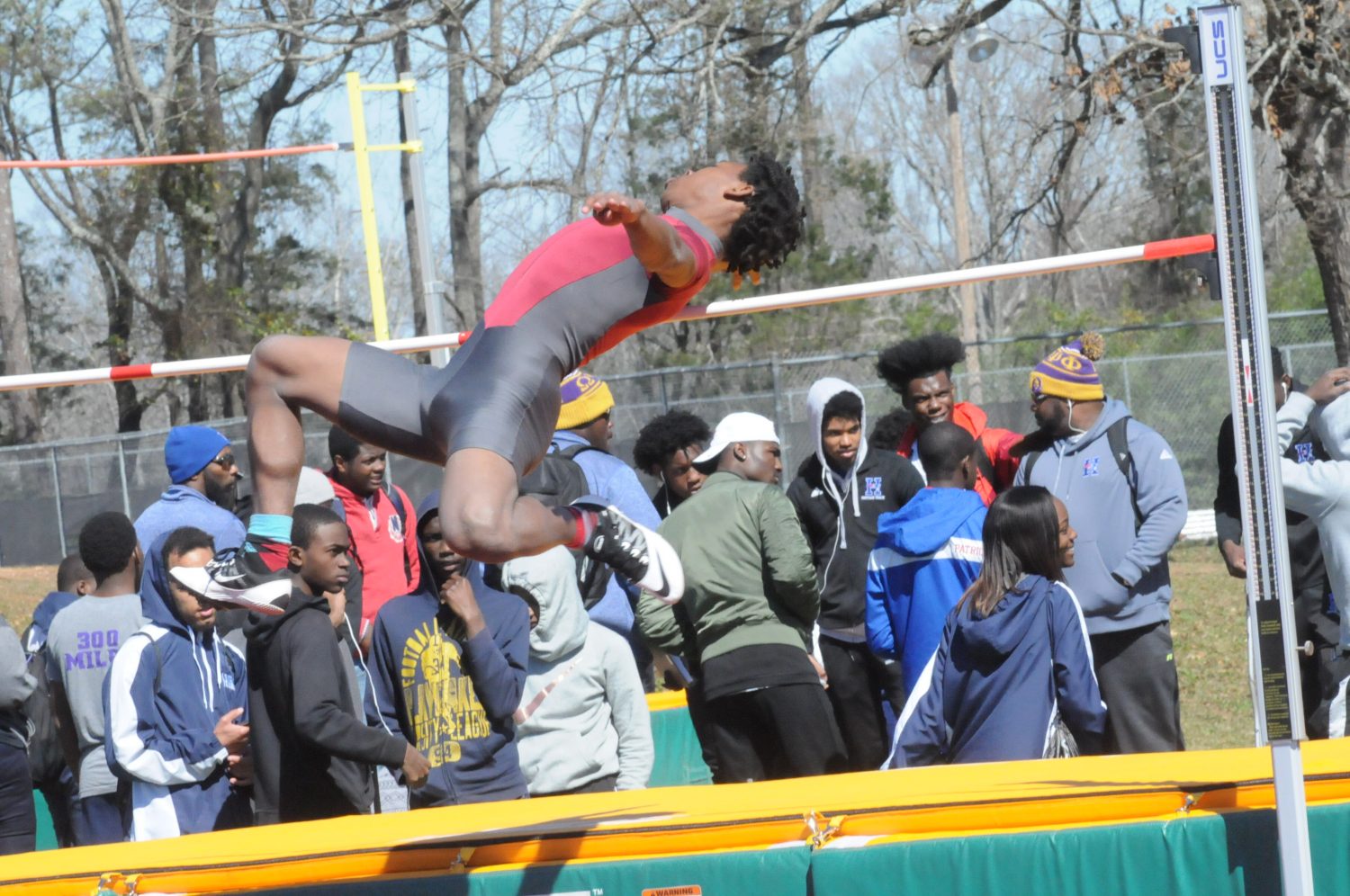 The Grady boys track team is starting the season with high hopes after ending a year ago on a high note.
“I feel like we have a great group of rookies that have come in, and I think if we keep progressing toward our goal, we have the team to do it,” said senior 800 meter runner Ryan Jackson.
The team is coming off a third place finish in the state meet a year ago, as well as back-to-back region championships and the three straight city championships.
“The performance last year was kind of a building point, and so far this year, we are getting a little slow out of the gate with the seniors,’’ said coach Delbert Ellerton. “Christian (Jones) had an injury before the first meet, and he’s been pretty important to the team. He did really well indoors and last year was a state runner up in two events.”
Along with returning runners, the team has added talent that could help sprint them into first place.
“When you have young, new athletes who are adjusting to high school track, you can’t put too much pressure on them,’’ Ellerton said of the team’s nine freshmen. “It’s somewhat of a growing period for them.”
Some early season performances already stand out as one school record has already fallen this season.
“The team is looking promising. There is a lot of new talent, but we have come together fast as a group,” said senior Jermaine Hosley, who broke the school record with a 49.16 in the 400m; the previous school record was 49.31, set by Kari Kemp in 2008.
Even with new talent, the team’s move to Class 5A brings tougher competition, including two-time defending state champion Southwest DeKalb and teams such as Cedar Shoals, Arabia Mountain and always tough Carrollton.
“I’m taking the season one meet on a time,’’ Hosley said. “I’m just focusing on perfecting my race so that we can win state.”
The team won its first weekend meet of the season, the Eagles Landing All-Comers FAT and placed third in Griffin’s Coach Ross Invitational on Mar. 4.
“It’s my senior year, so I’m trying to enjoy running and the experience, but at the end of the day I’m trying to win state, and I think we have the team to do that,” said Jackson.
Even with the runners’ hopes so high, Ellerton knows the team needs to remain humble through the process.
“We have to make it to the state competition first,’’ Ellerton said. “You can’t put the cart before the horse. The season is very long, and you have to manage a lot of things during the course of the season, whether it is injuries or bad luck. It’s too early to start making predictions about something we haven’t even qualified for.”