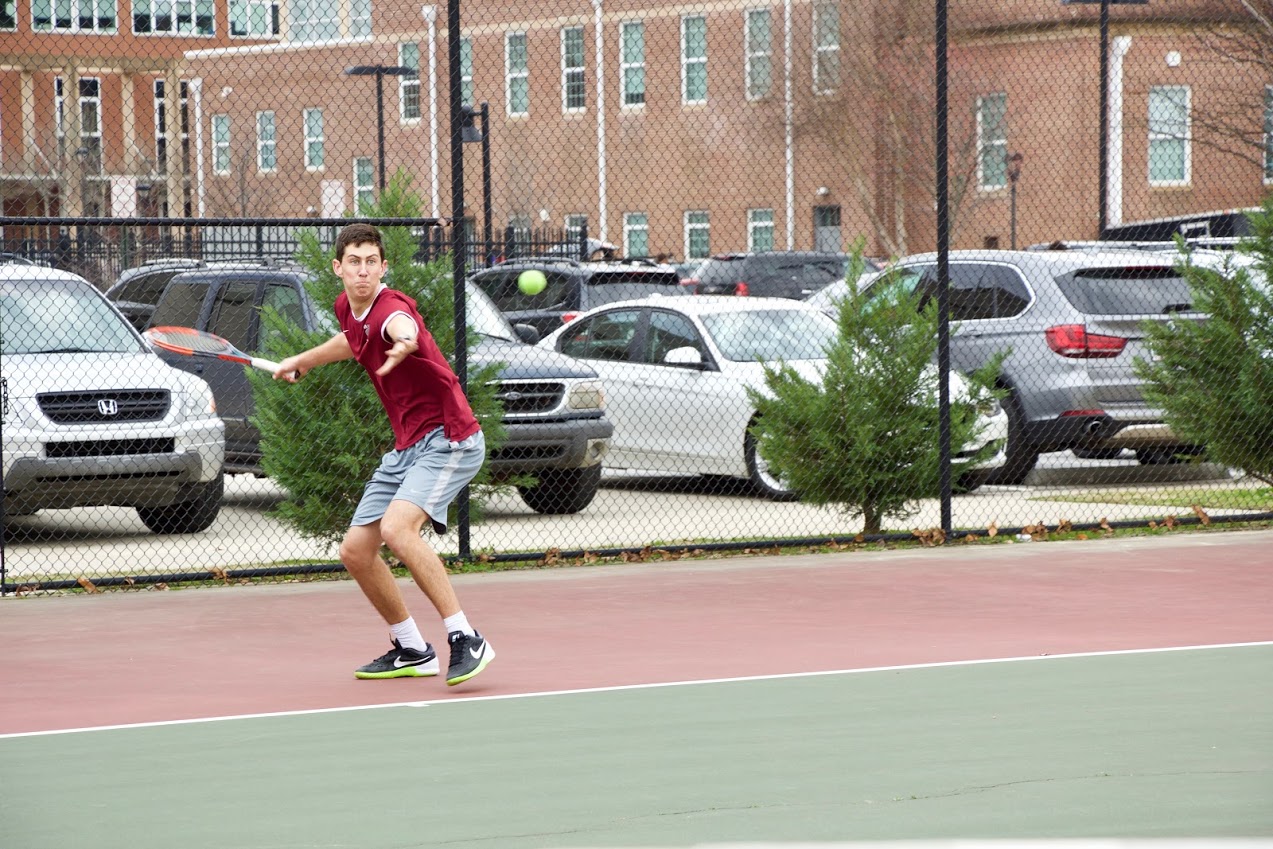 The Grady tennis teams are off to promising starts. The boys are 3-1, including a 5-0 sweep of region rival Lithia Springs. The girls are 2-2 and also swept Lithia Springs.
The teams are fairly young and are looking to grow as the season progresses.
“I tried to schedule some pretty tough teams earlier in the season so the teams can get good experience before the region games, and so far, they have done really well,” coach Scott Stephens said.
After qualifying for state competition last year, the boys team lost four key seniors from the five-person starting rotation, creating a gap for younger players to step up.
“We lost four seniors last year, but we have some very good young guys. A lot of our really good players are juniors and freshmen,” senior captain Jon Lerner said.
Players like Maximus Freightman are in the varsity lineup for the first time.
“This year has been a little scary, but I think Randall, my doubles partner, and I, are gaining more and more trust from the coach, and we are starting to play really well,” Freightman said. “ I never got to play last year, but now I think I’ve stepped my game up and playing great.”
After the most successful season ever for the boys team last year, a repeat of the success will be quite a challenge. However, the team is optimistic after the strong start.
“Our team is looking good,” Lerner said. “We had a really good run last year, but I think we can repeat that success.”
The girls team is also looking to show progress. Last year, the girls lost in the first round of the state playoff, so the team hopes to repeat and add to last year’s success; however, top player, Gabby Poux, graduated at the end of last season.
“We lost our number one player, so others have had to step up, and I think we are at the point where we are getting used to that new responsibility,” senior captain Lena Rosen said. Rosen is the number one player this year and is leading the team through big changes.
“We have kind of now solidified who is committed to playing on the team because before, we had a lot of people show up, but not many who actually wanted to play tennis,’’ Rosen said. “So I am happy because I see a lot of improvement and a bright future for the team.”
That “bright future” is due to young players like freshman Emily Brown who has had a strong start on the varsity team as part of one of the doubles teams.
“It has been a difficult adjustment for me coming straight from the Inman Middle School team to Grady’s varsity team,’’ Brown said. “But I have done pretty well so far, and I think I am getting more comfortable as part of the team.”
With a group of underclassmen with potential, the teams expect to improve.
“I expect both teams to do well in the region and go into the state tournament,” Stephens said. “The teams have a good chance to end up with the top teams.”