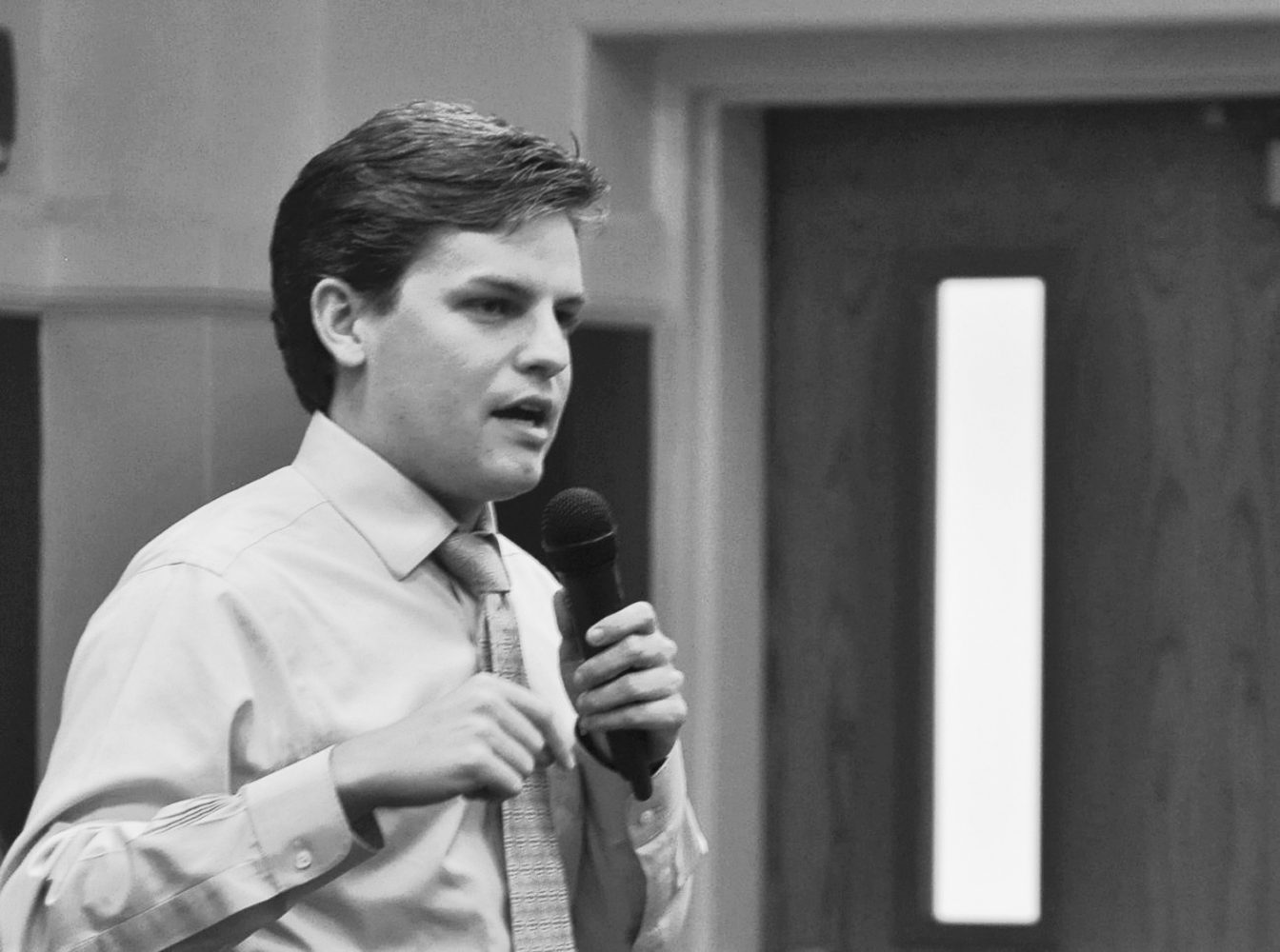 By Mei Nathan and Emily Ng

With a nervous breath, junior Matt Westmoreland turned to give the opening statement. The Grady 2005 Mock Trial Team went on to win state and compete nationally.

“He would address a theme and weave that theme throughout the opening statement, and I thought it was pretty impressive that he could do it in such an effortless way,” said Lawrence McCurdy, Westmoreland’s former Mock Trial Coach and AP Literature teacher. “That was the big thing about it: it seemed effortless, but obviously I knew he was putting a lot of effort into something because I saw him working on it.”

Now, instead of preparing for opening statements and cross-examinations in the courtroom, Westmoreland is at the center of public forums, carefully listening to and addressing people’s concerns. On Nov. 22, 2016, Westmoreland announced his campaign for the Post 2 At Large seat on the Atlanta City Council. He is currently the District 3 Representative on the Atlanta Board of Education, where he serves as chair of the Budget Commission and Legislative Liaison to the Georgia General Assembly.

“I care very deeply for this city, and the local level is a place where you can make a really strong impact,” Westmoreland said. “If we can roll up our sleeves and spend the next year talking about solutions, come Jan. 18, 2017, we can start to get to work and build a stronger city for everyone who lives here.”

Westmoreland first began his political career after teaching at Carver High School in 2010 as a part of the national program Teach for America. As a history teacher at Carver, Westmoreland saw the turmoil between APS board members and saw firsthand how its fractured nature impacted his students. At the suggestion of Carver’s parent community, Westmoreland, in 2013, announced his candidacy for the APS Board of Education.

“The school system dealt with the cheating scandal, and the school board had got into a lot of infighting,” Westmoreland said. “Members were suing other board members, and the district got put on accredited probation. It was a lot of turmoil in the school system, and I saw all that as a teacher.”

Although he ran unopposed, Westmoreland took his campaign seriously, outreaching to community members and running on three platform positions — APS management of teachers, early childhood education and increasing the direct contact between him and community members.
“Many of the people on the board understood the need for some large-scale thinking about equity within APS and trying to make some amends for the past,” said Leslie Grant, District 1 Representative, who was also elected in 2013.

Westmoreland and Grant were both part of a large change to the APS school system. In 2013, six out of the nine board members were new. Within two months, the board was searching for a new superintendent. Under the newly-appointed superintendent, Dr. Meria Carstarphen, the Board rewrote the mission of APS and devised the Turnaround Strategy, which was approved Mar. 7, 2016.

“We redefined the word ‘equity’ and tried to look through that definition in all of the decisions that we made,” Westmoreland said. “We focused on our lowest-performing schools in an effort to make sure kids were getting a better education across the city. The community came together after many years of not having a solution, and I am proud we have a solution and funding in place to make all of it happen.”

After four years on the board, Westmoreland noticed how issues regarding the city’s public safety, transportation and urban development were preventing students in lower income neighborhoods from receiving the same quality education as those students in more developed areas.

“It is harder for a child born into poverty in Atlanta to break out of poverty than any other city in America,” Westmoreland said. “How do we build, develop communities on the southside of the city and also make sure those neighborhoods remain affordable so people don’t get displaced, which is also something we’ve seen in Atlanta over the last few years?”

One of Westmoreland’s hopes for City Council is to build better communication between the city and APS. Grant believes Westmoreland’s experience on the APS board will be an asset for both councils, saying that in previous cases there was a lack of collaboration.
“As most people who know him, he was born to be a public servant and leader and that comes through when he’s in front of people,” Grant said. “I am sad because I would really appreciate his continued leadership on the board, but I do understand that his focus is a little bit wider.”

“[Westmoreland] is somebody who always looks at the big picture, not just his personal experience,” McCurdy said. “He looks at everything through the lens of how this will benefit the community. The epitome of leadership is the fact that you are always considering how it impacts other people. He has set certain goals for himself, and I’ve seen him progress and achieve all of his goals. It’s almost like a ladder he’s climbing.”

Westmoreland credits his father, Melvin K. Westmoreland, a senior judge for the Superior Courts of Georgia, for creating values of altruism.

“He instilled in me from a very young age this idea that when you are blessed with a really good education, or you’re blessed with living a really high quality of life, it is also your responsibility to turn around and help do that for other people,” Westmoreland said.

It is with this mindset that Westmoreland noted the difference in educational qualities at Grady between the journalism magnet program and the on-level classes. Though he later went on to study at Princeton University, where he was the editor of the Princetonian and a history major, he always returned to the subject of education.

“I love public school; I think it is the foundation of democracy,” Westmoreland said. “A quality education provides a kid with opportunity and choice to do whatever it is they want to do with life. If we’re going to build a strong city for the people who live here now, that is inextricably linked whether people get a quality education or not. It’s important to have someone at city hall who is going to be a strong partner for APS.”