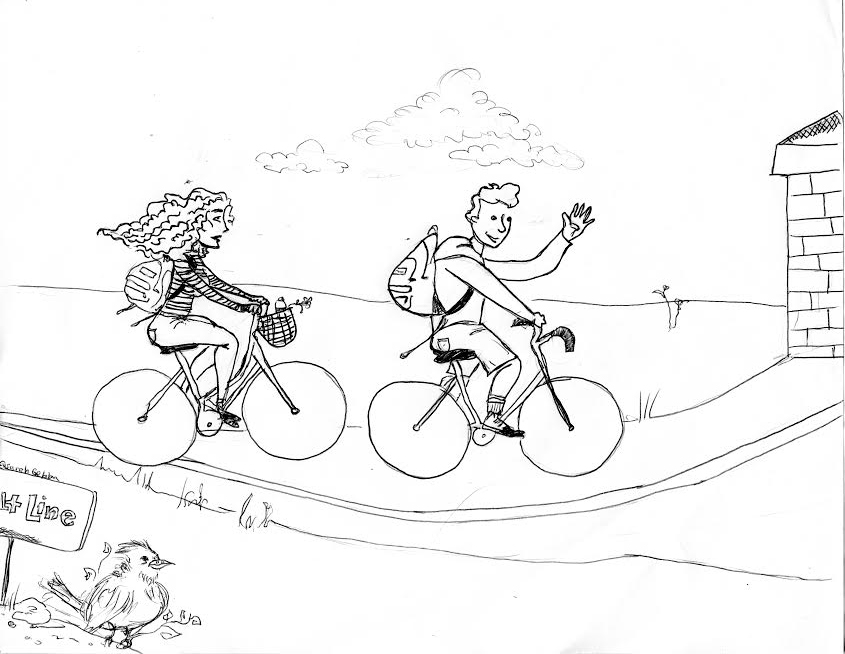 The after-school life at Grady seems to be never-ending. With the Robotics Team’s kids running around in their underground lair, to the Debate kids who can be found practicing into the late hours of the night. With new clubs starting each year, there never seems to be a lack of things to do after school.

Bike Club, started by senior Corwin Robison, is the newest addition to Grady’s after-school scene. Bike Club incorporates exercise into the extensive biking community found throughout Atlanta and Grady. Robison wanted to start an activity at Grady that incorporated his own interests.

“I wanted to start [bike club] because I like to bike, so it was something to do,” Robison said.

While the specific activities that Bike Club will participate in are uncertain, one thing is guaranteed: biking. With this simplistic mindset, the Bike Club would meet once or twice a week, with rides taking place after school.

For easy access, the meetup spot is a location along along the BeltLine, and from there, the route is set. The routes range from 10 to 15 miles, and since there is safety in numbers, there is a no-drop rule. In the off chance that someone gets left behind, the group will wait and have someone tag along with them.

Evident from the stadium fence that doubles as a bike parking lot, there is no lack of participants. At its fullest, the stadium fence can pull around 25 bikes each morning. Even teachers who bike to school each day like the idea of another exercise-centered club entering the Grady ranks.

Nikolai Curtis, the AP Biology and oceanography teacher, bikes to school everyday and is excited about the future night rides. “I would go to that; if it was a Grady event, I would support [night rides] because it promotes the bike community, bike usage and people looking out for each other.”

This idea of large packs of cyclists riding together is not a new thing to Atlanta. A quick search online reveals groups like the Cascade Bike Club that organize rides all around Atlanta. With rides varying from hill-intensive to long distance, there are a range of routes for even the amateur rider. There are also a variety of professional riding clubs that are for those who desire a more rigorous ride and take biking to the “next gear.”

The Faster Mustache is a group of professional riders that specialize in intense rides meeting on Tuesday nights to go “dirty” biking in a shrouded trail in the backwoods of Atlanta. They also meet Thursdays to do extensive rides up and down the BeltLine.

With the biking community growing and extending all across Atlanta, Grady Bike Club provides an exciting option to get in on the action and be a part of an already booming demographic of teens. Gabe Granger, a senior at Grady and avid biker is happy for the convenience and community that the Grady Bike Club will bring .

“The Atlanta bike community has already been there, it is just cool now to have it extend into Grady,” Granger said.

While the future is still a bit uncertain for the Grady Bike Club, the members of Bike Club certainly hope to bring about a more bike-friendly Grady. Corwin Robison is unsure of the future projects of bike club, but excited at the prospects. “The future is unclear, but we will definitely be biking.”