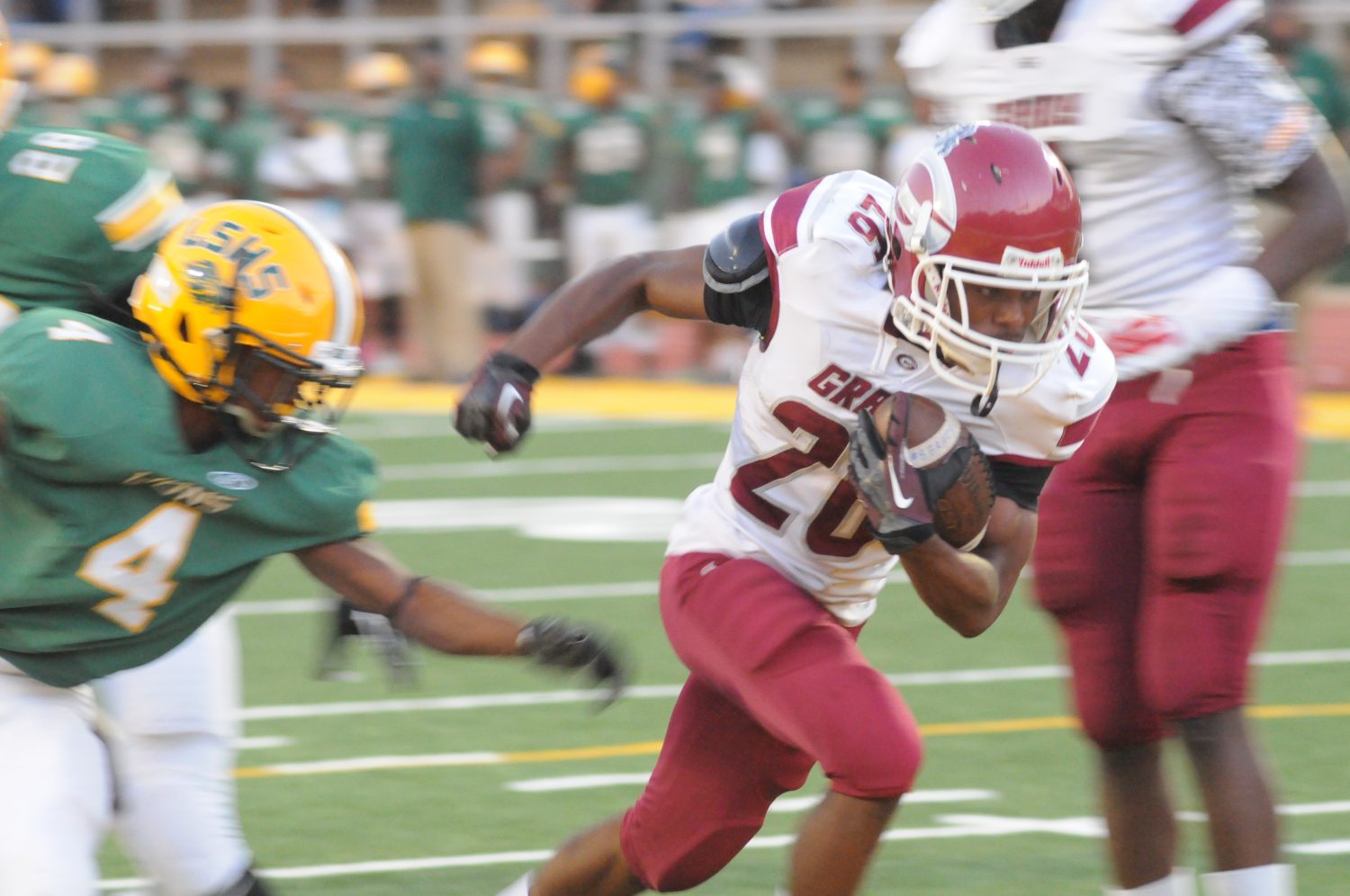 The No. 7-ranked Grady Grey Knights football team began the season with a strong 5-1 start, losing only to Ware County, 35-21 in the third game of the season.

After going 3-3 at this point in the season last year, the Knights are recovering from a 6-4 record and look poised to finish atop the region standings for the first time in six years and only the sixth time in school history.

The main difference? The improvement in offensive play.

After averaging only 22.2 points in the regular season last year, the Knights have averaged 42.9 points through the first six games this season.

“It all starts up front,’’ said offensive coordinator Terry Jones. ‘‘Our offensive line has been doing a really good job protecting the quarterback.’’

The key to Grady’s blossoming offense is  healthy players, including senior quarterback Caylin Newton. Newton is third in the state in passing with 1,745 yards through the air with 18 touchdowns,  surpassing last season, in which Newton missed four games because of a broken wrist. The quarterback passed for 1,600 yards and 18 touchdowns in eight games last year.

“Caylin has been making a lot of great decisions,’’ said Jones. “He’s been throwing the ball really well. He’s been playing at the `MVP’ level, `Player of the Year’ level. He knows it’s his opportunity to go out there and shine, and he’s been making the most of it.”

Newton, however, is not carrying the team alone.

“We’ve got three really experienced running backs in Jeffrey Black, DiMarcus Clay and Tyreeze Alford,’’ the offensive coordinator said. “Those three guys do a good job running the ball. One of our strongest suits is that we have so many guys outside that we can pass the ball to, so it’s hard for teams to zero in on who they want and try to stop that one person.”

Grady moved from Class 4A to Class 5A this year and also switched regions. The change seems beneficial so far. The Knights no longer face perennial state title contenders Marist and St. Pius, which stayed in Class 4A during this year’s Georgia High School Association region realignments.