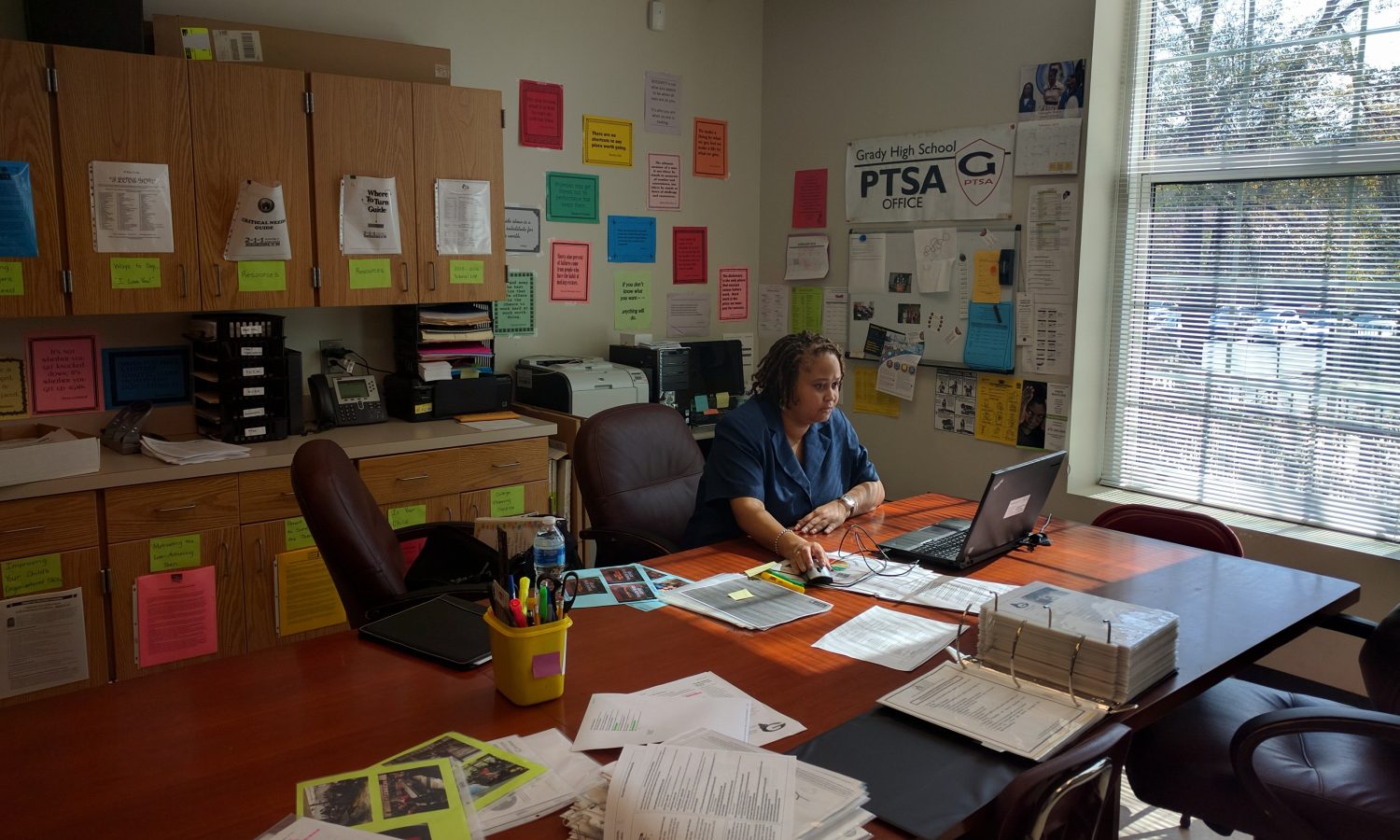 During the summer of 2011, the City of Atlanta sold what is now Ponce City Market to Jamestown, Jamestown, a private-equity group. One hundred eighty million dollars and three years later, Ponce City Market opened. During the same period, Atlanta Public Schools lost more than $6 million in Title 1 funding, money granted by the federal government to school systems with high percentages of low-income families.

The rapid rise of Ponce City Market and the steady decline in Title 1 money are ultimately two sides of the same coin — gentrification. According to Governing, a magazine covering state and local politics, policy and management, Atlanta is the fifth-fastest gentrifying city in the United States. As property values rise, and wealthier families settle into Atlanta, the percentage of low-income families in APS expectedly decreases.

Byron Barnes, the Title 1 coordinator for Grady and instructional coach, said the demographic shifts could hit Grady particularly hard. Between the 2010-2011 and 2014- 2015 school year, the percentage of students qualifying for free or reduced lunch, the metric used by APS to determine Title 1 eligibility, dropped 11 percent from 48 to 37 percent. If the poverty percentage drops below 35, Grady will no longer receive any Title 1 money.This school year, Grady received $252,757 in Title 1 funds. That amount was based on the total enrollment multiplied by a per pupil allocation determined by the poverty percentage. Barnes said that amount covered the salaries of two instructional coaches and a parent liaison as well as supplies for teachers and students. The Parent Center, funded through Title 1, hosts workshops and conferences to bolster student success. The money also paid for MARTA Breeze cards for students who rely on public transit to get to school.

Barnes said initial budget discussions revealed Grady would receive less Title 1 money next school year even though the percentage of students qualifying for free and reduced lunch has not changed.

“We are sure it is going to be a further reduction, we just don’t know how much,” Barnes said.

Yarbrough said all APS is expecting less Title 1 money because enrollment across the district is predicted to decrease slightly and Georgia is becoming more prosperous.

Of the five feeder elementary schools to Inman, Hope-Hill and Centennial are Title 1 schools. Mary Lin , Morningside and Springdale Park receive no Title 1 money. Brandon, Jackson and Smith Elementary, all located in Buckhead and part of the North Atlanta Cluster, are not Title 1 schools. The Neighborhood Charter school, located in Grant Park and zoned for Maynard Jackson, is the only other non- Title 1 school in APS. More than 35 percent of students qualify for free or reduced lunch in the 96 other APS schools.

Jacqueline Marable, the parent liaison whose salary is funded through Title 1, said the loss in Title 1 money would put immediate constraints on Grady’s budget. Absent PTA support, Grady could lose hundreds of thousands of dollars at once. Marable said it remains unclear if there is sufficient parent support to fill in the gaps in funding.

“There’s no substitute,” Marable said. “There is no pulling for other resources in the district. This is it. And depending on how the demographics continue to change in the community, we don’t know how long Grady will be a Title 1 school.”

Yarbrough said while the loss of Title 1 may be sign of a shifting population, it shouldn’t prevent a school from delivering a sufficient education.

The Federal government provides money to districts under the assumption it costs 40 percent more to ensure a disadvantaged student meets academic standards than it takes to ensure the same for the average state student.

Still, Barnes said the school is accustomed to the support provided by Title 1 and a sudden reduction would not be easy to stomach.

“That will then make a significant difference to funding,” Barnes said. “Positions would go away.”

Marable said the fact Grady straddles the line of Title 1 status means each additional free and reduced ­­­­­meal application is essential. This year more students than ever turned in an application. According to Marable, the school is only missing 370 applications when as many 500 are usually missing. Despite this, it may not be enough.

“We have done robocalls; we have done actual letters,” Marable said. “But they go unanswered. We can’t threaten anyone. We can’t force anyone to fill out an application. All we can do is let them know they are one of the many we need one from.”

With greater student participation, Marable said it would be easier to maintain Title 1 status.

“They don’t realize the impact that their input and their voice makes meaning in getting these forms,” Marable said.

Barnes said he can keep his fingers crossed but wider community trends do not bode well for Grady’s Title 1 status.

“As we watch the community continue to grow, we will have to see what kind of housing is built in the area,” Barnes said. “Will it be higher-end luxury housing, town homes, apartments or will there be mixed-use development? If we look at trends, we don’t see a lot of lower-income communities being built within the inner city. We just keep our eyes open.”