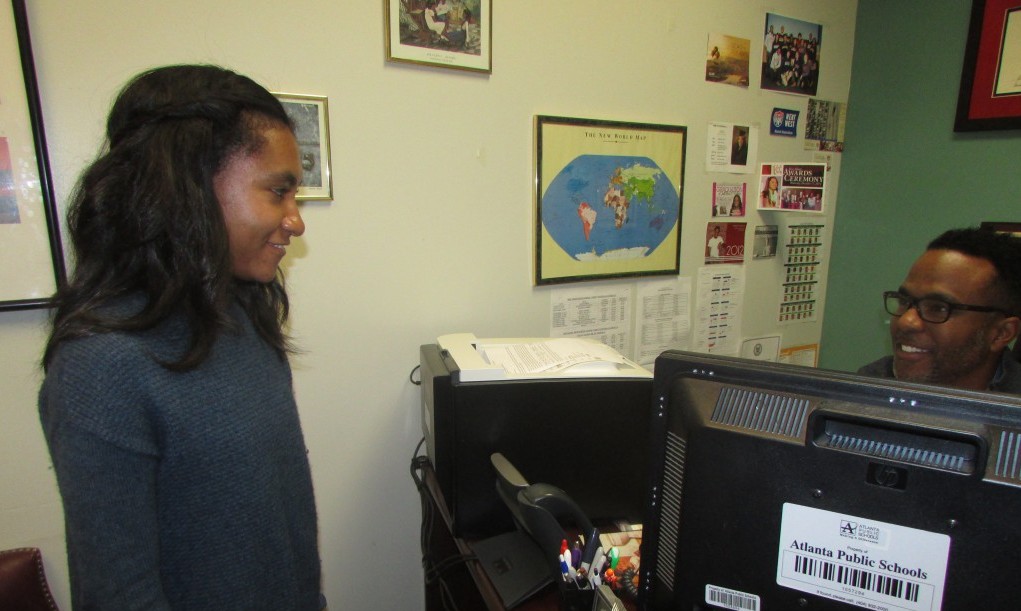 Throughout the years, students have followed their passions during high school by participating in extracurricular activities that provide relief from the stressful school week. The good feelings, however, have been muddled as students pile on extracurriculars they do not enjoy, adding stress rather than relieving it, solely to boost their college applications and increase chances for admissions to choice schools.

“I’m not the best at swimming because it’s really hard, and I honestly want to quit,” Munoz said. “But I’m going to stay in it for these next two years because it will look really good if I have two varsity sports on my college application.”

Senior Robi Roberts planned to have an easy senior year, but she finds the college application process more stressful than she would’ve liked. This stress is only added to by all of the activities that she feels she has to remain committed to, whether she enjoys them or not.

“I work at Kumon, a tutoring service for kids, but it doesn’t pay a lot, and I really don’t need the money either way,” Roberts said. “I want to show colleges that I have a good work ethic and do things outside of school, and that I’m responsible and spend my time wisely.”

Roberts doesn’t feel that she would look as qualified as other students if she quit working at Kumon because she believes having a tutoring job on her application will set her apart from other students.

Munoz offered her own reasoning as to why having as many extracurriculars as someone’s schedule will allow is a good idea.

“If your grades aren’t the best, but you do a lot of different activities, then you can still have a good opportunity to be accepted into selective colleges,” Munoz said.

Junior Caroline Bray, who participates in five extracurricular activities, enjoys theatre and cross country, but only continues in the other three to enhance her application, she said.

“Colleges are looking for well-rounded students,” Bray said. “The more activities you do, the more well rounded you seem. Especially if there’s a large variety, like sports and clubs and artistic things and organization community things.”

It’s not solely the upperclassmen who choose to go through this. For sophomore Colin Thomasson, it began as early as freshman year. Thomasson is in the Grady chamber orchestra, as well as the string quartet, but he said he only participates  to add to his college application in three years.

“I’ve already invested so much time into orchestra,” Thomasson said, who has been playing cello since he was 3 years old. “Even though I’m just a sophomore, with orchestra, it’s worth it to stay in it for all my years because there’s always that one class that you don’t want to go to, you just want to get it over with, and I’ve just accepted it as my ‘one class.’”

According to some Grady teachers, when they were in high school, filling your resume with extracurriculars was not a problem.

Band teacher Brian Cook was in the jazz band, marching band, dance club, and had his own Rock and Roll band. Cook, however, enjoyed all of his activities, he said.

“It’s a different system that the students are in now,” Cook said. “When I was in high school, we did things because we wanted to have fun and wanted to be together.”

Cook said he believes that students shouldn’t participate in clubs they aren’t passionate about.

“If they’re not the president of the club or one of the officers of the club, then it’s pretty much just fluff,” Cook said.

Physics teacher Luke Esposito played soccer, ran track and sometimes participated in the drama club and art club. His motivations ranged from seeking to get another pin for his letterman’s jacket to just wanting to take part in the school plays that he found interesting, but he never did anything solely for his college resume.

“I felt no need to add things to my application because stuff just accumulated along the way,” Esposito said. “However, getting into college back then was very different from what it is now. I’m very glad that I don’t have to get into college now; it’s crazy.”

Esposito said he definitely understands why some students would choose to take on extracurriculars that don’t hold their interest.

“The kids are just doing the best they can to fit into a system,” Esposito said.

Esposito noted a deeper-rooted problem within the college application process.

“The system is not ideal because by the time kids set foot on a college campus they’re so burnt-out, and it’s just not good,” Esposito said. “Getting into college doesn’t fix problems. It’s just getting into college. There are a whole different set of things that you have to face in college, a new set of challenges.’’

Cook hopes to see changes within this system in the future.

“Students need to do something they love,” Cook said. “Something that will motivate them to stay focused on their education while also having fun with their life. We need both balances to make things work.”