Go Vinda’s Cafe serves food only a vegan could love 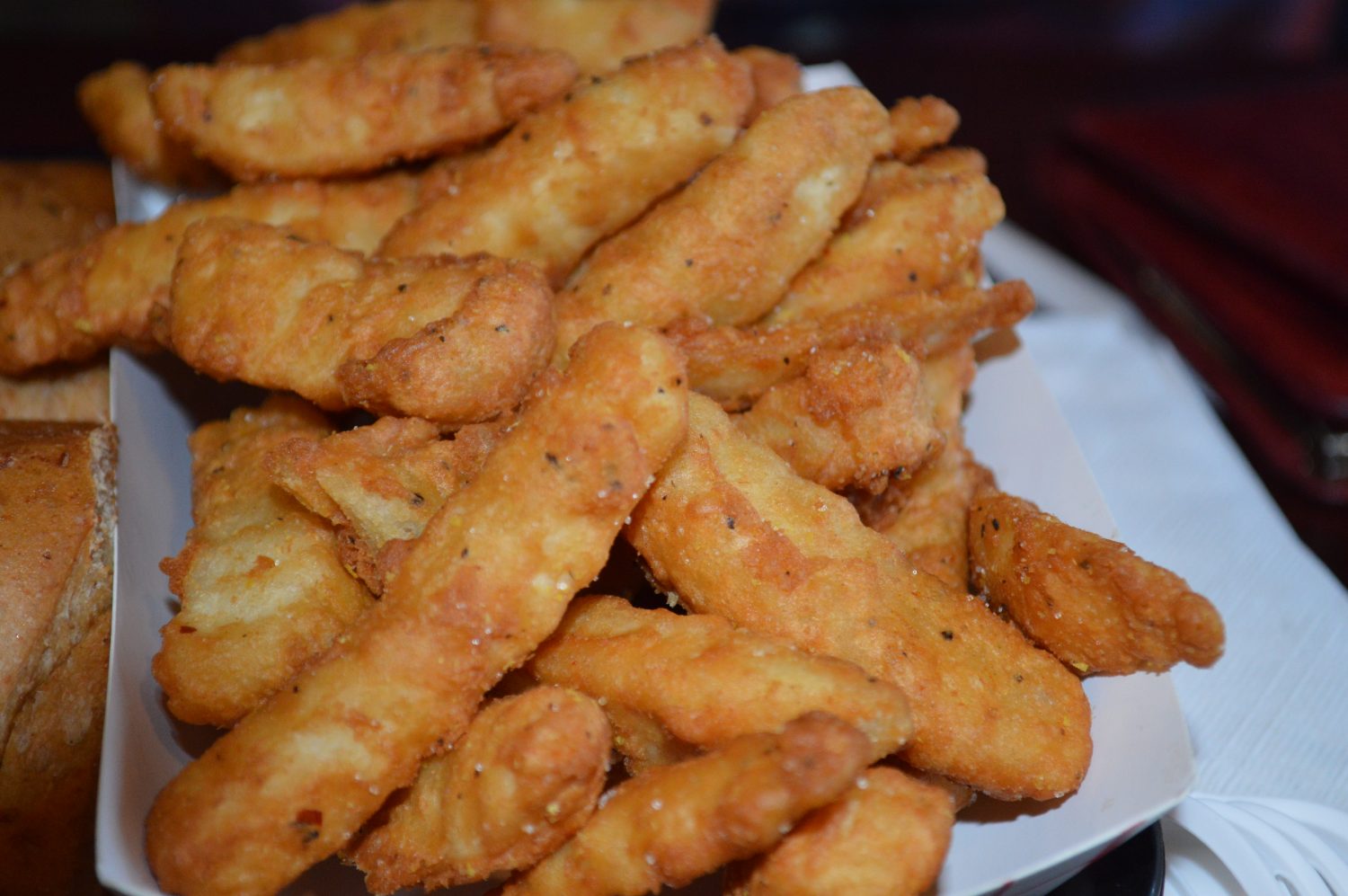 By Allie Krasinski and Carolyn Capelouto

Located in the heart of Little Five Points, Go Vinda’s Vegan/Vegetarian Cafe at 1146 Euclid Ave. stands out with its bright green exterior. Although I was hesitant to visit the cafe, I decided to  venture in for an entirely vegan meal.

My first impression upon walking into Go Vinda’s was positive. The restaurant’s decor was  bright and welcoming. The manager, Jessica DeSouza, who was the only server working, was polite and eagerly explained the menu. The cafe offers both dairy and vegan cheese options for all dishes containing cheese. I chose vegan cheese for all of my orders.

A small order of Veda Fries ($3) arrived first. The potatoes were lightly battered with chickpea flour and tossed in house spices. Since there’s nothing inherently un-vegan about french fries, the side dish was unremarkable and a bit bland.

The rest of the dishes were decidedly more exciting. The Sloppy Go ($6),  Go Vinda’s version of a Sloppy Joe, was made of a mysterious  “meat” (Is this some sort of tofu? What is the meat substitute?) and topped with tangy barbecue sauce and soy cheese. Unfortunately, the cheese didn’t melt, causing the sandwich to appear quite unappetizing. Thankfully, the flavor of the barbeque sauce almost made up for the item’s odd ingredients.

Next came the Mamma G’s Sub ($8.50), the vegan version of a meatball marinara sub. The  sandwich tasted very similar to a typical meatball marinara, despite its soy cheese. The sub was one of the better items  sampled,  enabling me to take more than a few bites—more than I can say about most of the food I tried.

I also tried the 4 Layer Burrito ($6), which included black beans, rice, pico de gallo and vegan cheese. After deciding between wheat, spinach and tomato basil tortillas, I chose the spinach option. My expectations for the burrito were high, thanks to its mouth-watering description on the menu. I was extremely disappointed when I bit into the tasteless wrap. I couldn’t identify any ingredients except bland rice, a few beans and a lone tomato located in the depths of the tortilla.

My last order was the Kap Sub ($8.50), which Go Vinda’s owner described as the restaurant’s popular version of a Philly Cheesesteak. The sandwich included vegan cheese and soy steak with peppers grilled in olive oil and the cafe’s special house gravy. The soy steak had a vaguely sweet flavor, which was mildly off-putting, but the spice of the peppers made the sandwich enjoyable.

While some menu items were reasonably priced, vegan ingredients are expensive to produce, so Go Vinda’s rather steep prices made sense. However, I found that most of the expensive choices were mediocre at best and definitely not worth ordering.

My palette was not accustomed to the vegan dishes I tried, so the dining experience may be slightly more negative than a true vegan’s experience.  After going vegan for an entire meal, I gained more respect for those who choose to forgo all animal products in their food,  but decided the vegan lifestyle is not for me.