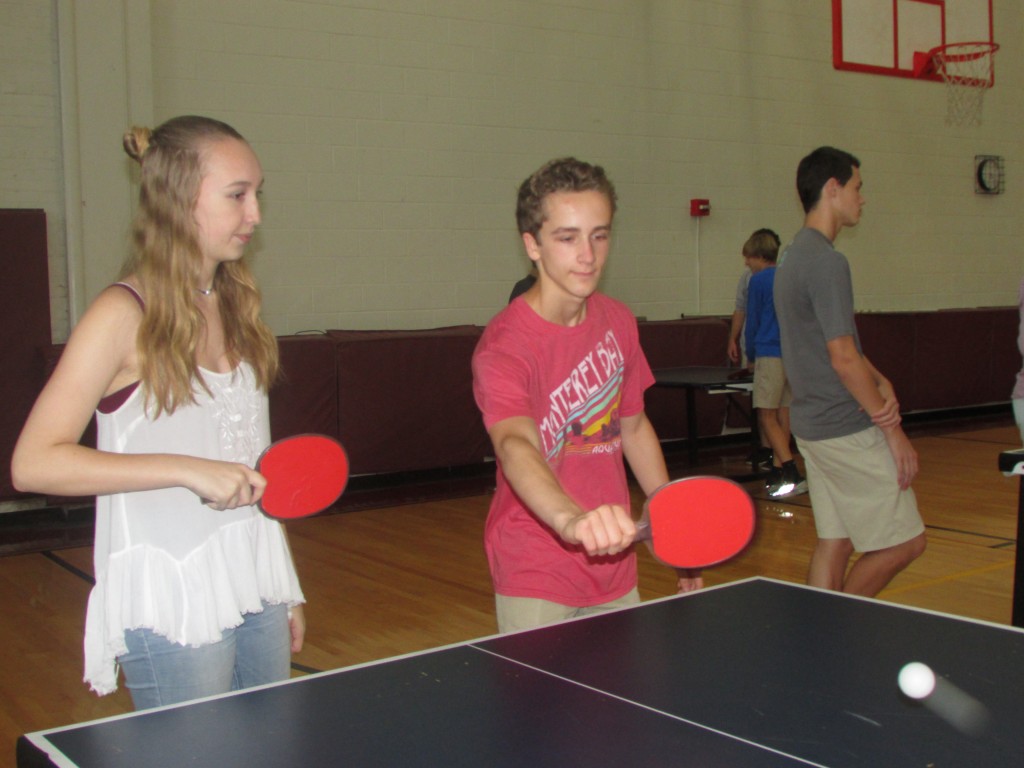 There has never been a shortage of extracurricular activities for students to choose from at Grady. From mock trial, to robotics, to Latin club and a large variety of sports, most students can find something appealing.

Nevertheless, many students wanted to begin clubs of their own at the beginning of the 2015 school year.

Principal Timothy Guiney created a new club application process this year to streamline the process of creating a club.

“I have had a number of students requesting new clubs, so an organized process has become necessary,” Principal Timothy Guiney said. “Especially since we already have numerous club offerings.”

The new process requires students to first pick up an application form from the main office. The student must fill it out accurately, with 10 printed names of interested students that are committed to joining the club, as well as the agreement of a sponsor. Once the form is submitted to the office, Guiney places the approval in the club sponsor’s mailbox.

Junior Rwan Hayek, president of the new Muslim Student Association, said she wanted to create a club in which students could come together and have discussion circles to help people understand Islam and to dispel conceptions of the radical views found online.

“When I came to Grady this year, I looked into whether or not they had an MSA, and I saw that they didn’t, so I figured ‘why not start one?’” Hayek said.

Hayek said she had no problem with the new club process because it was much easier than she was expecting.

“It wasn’t really that official; I just had to talk to my counselor and find a sponsor,” Hayek said. “I didn’t require that much help, so the administration just gave me the information and the steps.”

Muslim Students Association is one of several new clubs at Grady this year. There is also a Jewish Student Union, a Ping-Pong Club, and an International Club. International Club has been an established club in previous years, but another application was needed because of a new president and a new sponsor.

Junior Elena Godiers, current president of International Club, at first had a difficult time starting International Club this year. She was a member of the club last year and was unsure of how to restart it in August. The majority of the members were in the graduating class last spring, so she couldn’t get any guidance from them.

“When [Mr.] Guiney finally responded to my emails, the form was pretty easy to fill out,” Godiers said.

Once Godiers understood the process and knew what she needed to do, she started working towards getting the club started immediately.

Guiney said that there is no need for students to email him about a club, because an interested student just has to fill out the form.

International Club is now in full swing. The first meeting was held on Friday, Sept. 25; the members decided on their first restaurant of the year, Desta, an Ethiopian eatery.

AP U.S. History teacher, Roderick Pope, is the sponsor for International Club. After going through the process with Godiers, Pope concluded it was complex, but said he understands why the complexity is necessary.

“We already have so many clubs at Grady,” Pope said. “Without this, people would say ‘Let’s start a club,’ and then they would just start a club.”

In the afternoon announcements on Friday, Sept. 25, the administration made an announcement to students regarding the club application process in order to clear up any confusion. There are some students still seeking to start clubs as we move farther along in the semester.

Junior Sophia Carter hopes to start a film club soon, in which students will watch and review films. Hayek began the process early and held her first MSA meeting on Sept. 15.

“The administration was very helpful, as much as you can expect them to be when starting a club,” Hayek said.

Pope thinks any club that gets a new sponsor or new leadership will have to go through the new process.

“There was no documentation for new clubs,” Pope said of the club formation process in prior years. “There were no bylaws. There was no order, no real structure.”

Guiney said he has simply prescribed a process for club approval, and if students follow the guidelines, their clubs will most likely be approved.

“I do think that this new process is needed,” Pope said. “Is it a pain? Yes. But most things in life are.”