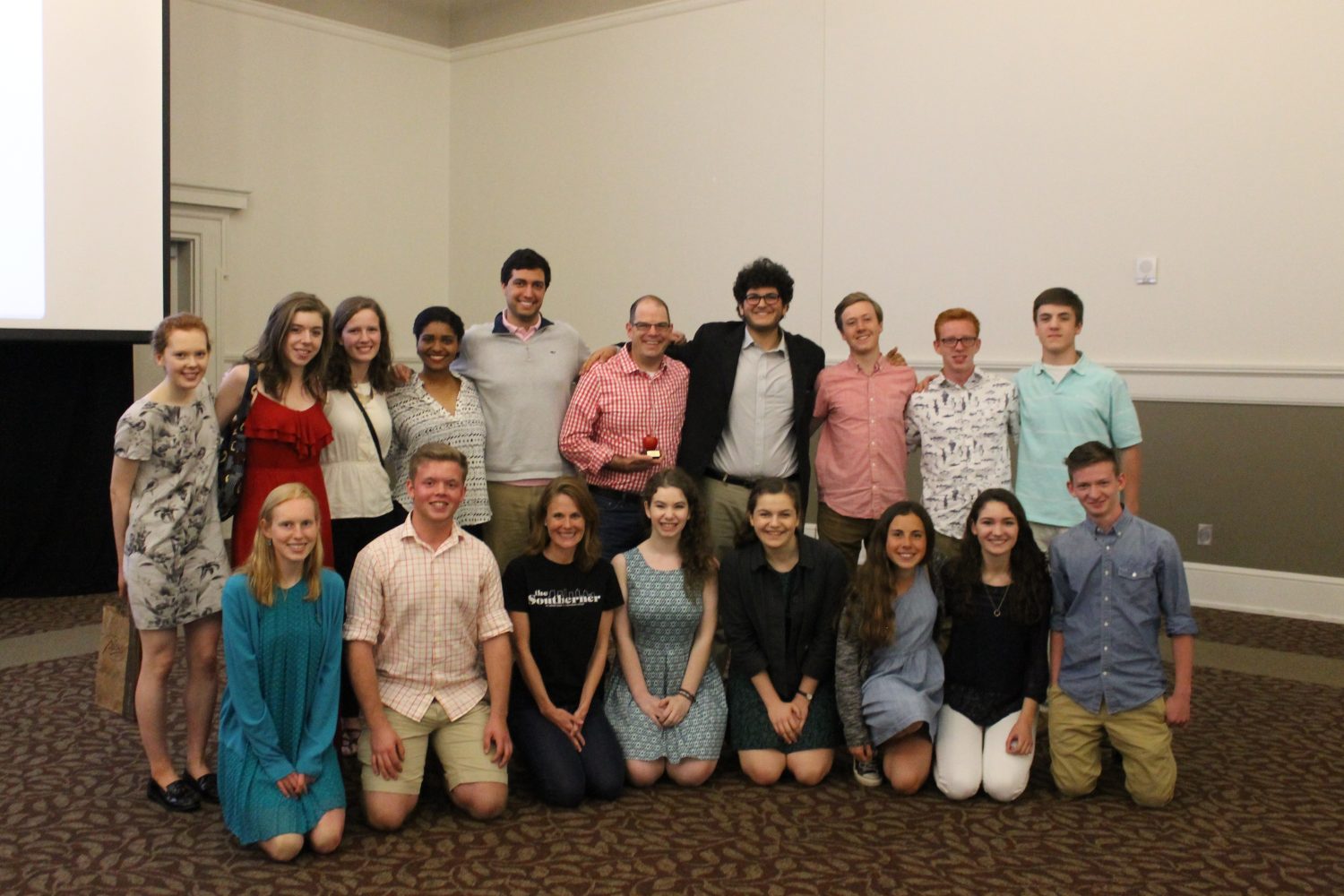 ATHENS – Grady News Now and The Southerner were named the top broadcast and newspaper programs in Georgia, and senior Mary Claire Morris was recognized as the state’s journalist of the year at the 2015 Georgia Scholastic Press Association Awards Ceremony Friday afternoon at the Tate Center at the University of Georgia.

The staffs of GNN, The Southerner and Nexus magazine combined to collect 51 individual and staff awards. In addition to Morris’s distinction as the GSPA Georgia Champion Journalist, junior Will Taft was named runner-up in the GSPA Junior Journalist of the Year competition.

Grady News Now and The Southerner both received the All-Georgia Award, signifying that they are the best programs in the state in their media category. GNN also won the General Excellence Award in the small school category, as did The Southerner in both the newspaper category and the news website category. The General Excellence Award is similar to a state championship in sports because schools win it in competition with other schools in the same size classification.

Prior to the awards ceremony, the students in attendance were treated to a keynote speech from Samira Jafari, an editor on The Row, CNN’s editorial oversight team that is responsible for script and story approval for investigative stories across all CNN platforms. Jafari spoke eloquently about the need for journalists to have empathy for their subjects and to remember that the essential task of a good journalist is to uncover the truth when they report stories.

During the ceremony, alums Shaun Kleber (a former Southerner managing editor) and Kate Taber (a former Nexus editor in chief) joined Morris and Simons-Malamud in presenting outgoing adviser Dave Winter with a 2015 GSPA Service Award. The presentation was suggested and organized by former Southerner co-adviser Kate Carter, who joined the current staff and Winter’s wife and two children at this year’s awards ceremony.

All of Grady’s winners are listed below.

Will Taft, runner up

“Music festival does more harm than good,” The Southerner

Eli Hendler and Mary Claire Morris, “Data reveal that one fifth of time is spent testing,” The Southerner

Clarissa Mullig and Ben Grady, “The things he carried inside,” The Southerner Online

Jenni Rogan, “AP doesn’t stand for Attitude Problems but maybe it should,” The Southerner

Max Rafferty and Keegan Hasson, “Gates to SLC’s should be shut once, for all” and
“Magnets attract inequity, repel true diversity,” The Southerner

Allie Krasinski and Anna White, “Society spins tangled web of sadness, stress” and
“The Internet virtually makes the world go round,” The Southerner

Anna Braxton, “Please let the dogs in,” The Southerner

Brandon Kleber, “Discovering life’s passion should be its own reward,” The Southerner

Emma Mathews and Camille Williams, “Bull Durham: A hit if not a home run,” Nexus magazine

Sophie Durham, “Concussion laws aim to keeps students out of daze,” The Southerner

Clarissa Mullig, “The things he carried inside,” The Southerner Online