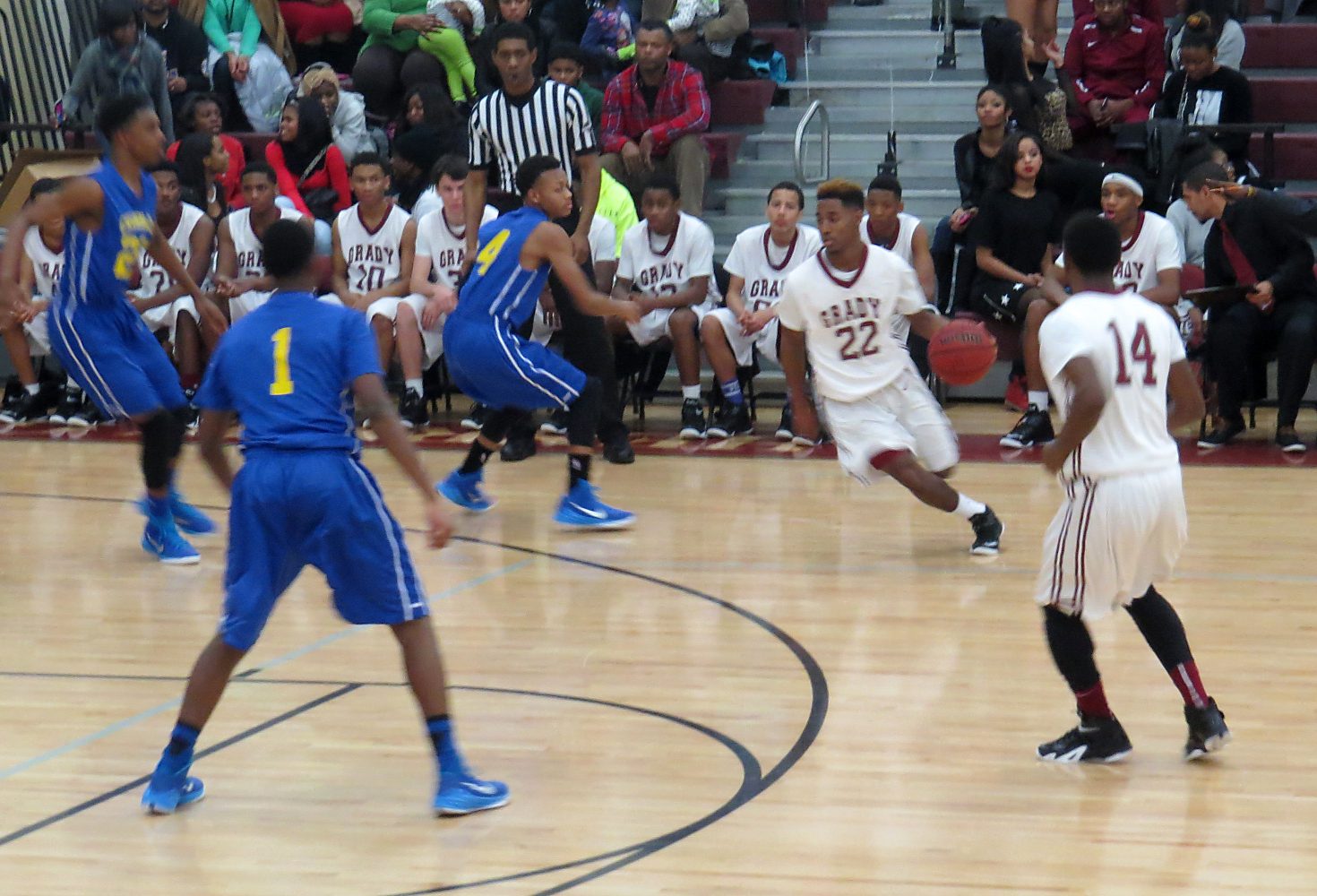 After setting high standards for the season with back-to-back sweet 16 appearances, the basketball team fell short this season. The team finished with a losing record (14-15) for the first time since Brian Weeden became head coach despite having the second highest team scoring average over that same period.

The team lost a lot of talent from the previous year, and with only three seniors on the roster, the younger players had to step up and fill holes left by graduating seniors.

On Feb. 10 the team upset Stone Mountain 52-40 in the first round of the region tournament but lost a tough game against the top-seeded Lithonia Bulldogs in the second round. Senior Hassan Jordan cites the team’s preparation as its reason for success against Stone Mountain.

“We watched more film on Stone Mountain,” Jordan said of the win that guaranteed a state tournament berth. “We knew what to do and how to execute.”

The basketball team’s season ended Feb. 18 with a 58-48 loss to the Woodward Academy Eagles in the first round of the state playoffs.

The game was close through three quarters, with Grady up 33-32 after the third, but Woodward pulled away with a solid fourth quarter.

Grady faltered in the second half, getting outscored 35-19 mostly due to shooting only 33 percent from the field and only 27 percent (four of 15) from the three-point line.

It was Woodward’s lockdown defense that made the difference, as Woodward posted more rebounds, assists, steals and committed fewer turnovers.

“We had a lot of turnovers in the beginning of the game,” Jordan said, describing the loss.

“We were up at half, but we didn’t get any productivity from in the third quarter,” junior Avi Toomer said. “We only scored four points in the quarter. It seemed like everyone just came down and took the first shot [available] rather than run an offense and get into what got us up in the first place.”

On offense Woodward focused on getting the ball into the paint for easy layups, which helped them overcome three-of-11 shooting beyond the arc.

Weeden was dissatisfied with the season’s result, as it was the last time he can remember having a losing record as a coach.

“It was just disappointing,” Weeden said. “It was inconsistency; we’re young, a lot of guys don’t really know what it takes or how much work is needed to get to that point. Experience-wise, we really only have one or two players who played on the floor at the same time last year.”

Despite the disappointment, Grady has high hopes for next season. With only three seniors on the roster, there is a lot of room to grow and reason to expect Grady to improve on its 2014-2015 record.

Three juniors—Ahmad Herron, Avi Toomer and Joshua Jones— all averaged more than 10 points per game, so with offseason improvement those numbers should increase.

Toomer, who averaged almost 20 points a game, missed all of the games in December with an ankle injury but has a plan for improving his game for next year.

“I’m going to be training with Coach Weeden starting next week,” Toomer said. “We’re going to work over the summer too, so that should prepare me for next season. Everyone just has to come to practice and have that motive that they want to win and want to get better. We need to be on the same page to win.”

Weeden knows that it will take a lot of hard work for the team to be successful.

“Guys need to commit,” Weeden said. “They need to have a lot more heart and have an understanding of what it’s going to take to do something special for the school.”