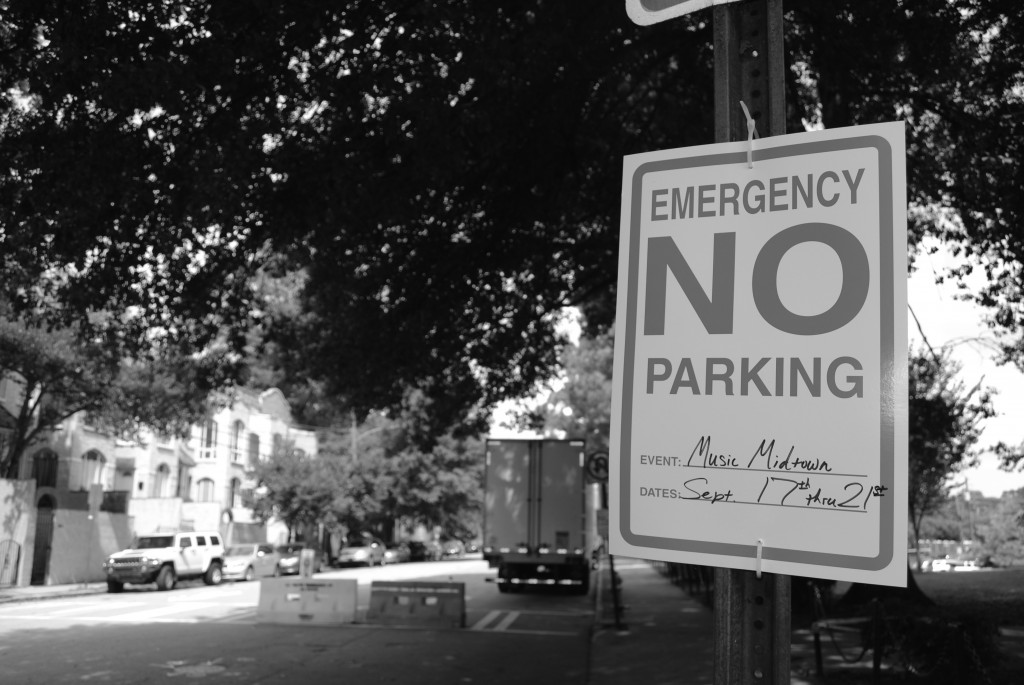 Peter Conlon, president of Live Nation Atlanta, which puts on Music Midtown each year, has always said “great cities have great music festivals.” In his view, Music Midtown is one of those for the city of Atlanta.

This year, though, the show went on without the support of their Midtown neighborhoods.

On July 31, the Midtown Neighbors’ Association, which represents the community most affected by major events in Piedmont Park, voted down the event at its board meeting “due to safety, logistics, Piedmont Park wear/tear, and noise issues,” MNA board member Dana Persons said. Along with these complaints, Neighborhood Planning Unit-E, which surrounds the southern and western boundaries of the park, voted unanimously to “not support” the Music Midtown 2014 festival.

“Music Midtown is unlike any other festival in its sheer size,” said Terry Bond, president of the Midtown Neighbors’ Association and a member of the NPU-E board.

In a statement Bond shared with the Mayor’s Office of Special Events, City Council members and the Atlanta Planning Advisory Board, he explained that the surrounding neighborhoods have grown tired of the festival taking over Piedmont Park for a weekend in September for the past four years. Over that time he said the inconvenience to residents and the damage to the park has grown along with the increasing scale of the festival.

“I am not opposed to the concert and music per se,” said Ellen Sacchi, a neighbor of Piedmont Park. “But I am opposed to a long-term disruption of traffic in the neighborhood, damage to the park and disruption of public use of the park for 10 to 12 days or more. If the festival cannot set up and pack up in four to five days without damaging the property, they need to find another venue.”

But promoters say moving the festival is not feasible.

“There is no place to do these events other than Piedmont Park,” Conlon said in an interview with Atlanta Business Chronicle columnist Maria Saporta. “We are under-parked as a city.”

Atlanta’s other parks may be too small, but residents say the same for Piedmont Park.

Before the vote of no confidence, the neighborhood had been in discussions with the promoters of the festival to try to come up with solutions to address some of its concerns.

The MNA is opposed to closing 10th Street for this festival because, according to Bond, “there really is no viable alternative routing.”

Even though he’s regularly attended the festival, Dan Matisoff, a Georgia Tech professor, a public sector economist and a concerned resident, was also critical of the festival.

“Essentially, the city has leased a good portion of Piedmont Park, two lanes of traffic, the BeltLine crossing at 10th and Monroe and the bike lane to Live Nation for $500,000,” Matisoff said. “$400,000 goes to the city, $100,000 goes to the park. As far as I know, this amount has not changed, even though they’ve tripled the size of the event over the past three years, taken up more space of the park, caused more damage to the park and more traffic and other public space inconvenience each subsequent year.”

During the 2013 Music Midtown, a serious downpour on the second day of the festival turned the grassy meadow in Piedmont Park into a muddy mess as more than 55,000 people came to listen Saturday night.

Conlon’s response: “You can fix grass.”

In other words, Live Nation and Music Midtown feel that the benefits outweigh the costs. Conlon believes the return of Music Midtown is a boost for the city’s economy.

“This is a good event for the city,” Conlon said. “It puts us on the map with other cities and their music festivals. During Music Midtown, the hotels, bars and restaurants are full. People are spending money.”

But many residents ask if the park receives enough money to be worth the damage.

“While the city may raise some revenue from Live Nation, it’s not clear how the residents of Midtown benefit from that revenue,” Matisoff said.

The city was presented with Midtown’s safety and logistics concerns and suggestions for improvement for Music Midtown 2014, but as the concert went on as planned Sep. 19-20, all they were able to do was hope for the best.

In an email Conlon sent to both the MNA and NPU-E, he said that Live Nation and Music Midtown did as much as they could to address the community’s concerns. In the end, though, he says the festival and the park are complementary parts.

“This is our Central Park. It is a great place for music festivals,” Conlon said. “There is no other place where we can do major festivals in the city. If we can’t have Music Midtown at Piedmont Park, there’s nowhere to go. We’re done.”