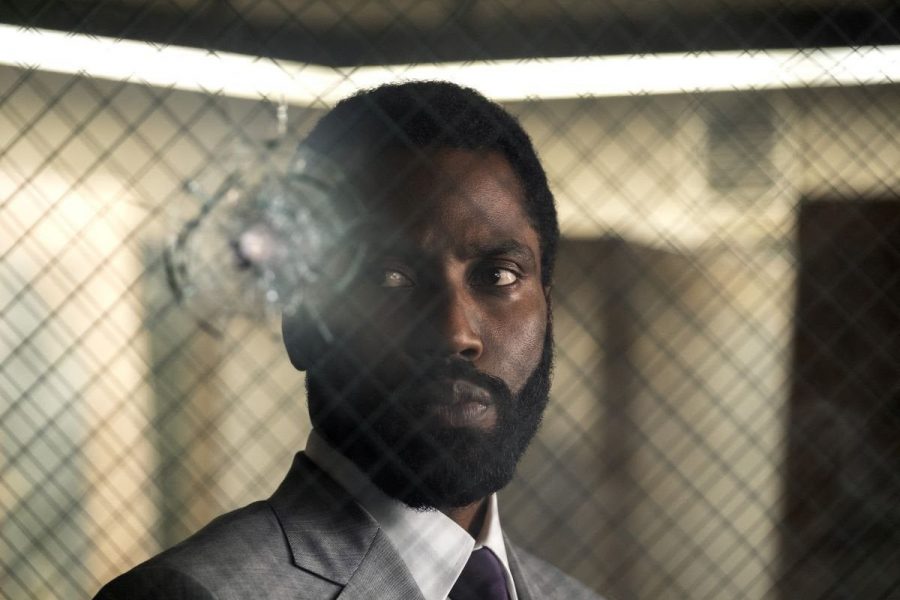 If there is anyone who could get movie-goers back into theaters after months of pandemic-induced uncertainty and streaming movies from their couches, it’s Christopher Nolan. The 10-time Oscar winning writer and director has produced blockbusters such as “Inception,” “Interstellar,” and the “Dark Knight” trilogy, crafting intricate and experimental films for a mainstream audience to great success.
With the ambitious release of his newest work, “Tenet,” Nolan attempts to return people to theaters with a film that hits many of the same notes as his earlier works and misses many more.
“Tenet” is very much a Christopher Nolan film. It explores the concept of time, something Nolan has done repeatedly since his 2000 film “Memento,” where the scenes play out in reverse chronological order. In “Tenet,” Nolan again experiments with time moving in reverse through the process of “inversion,” in which an object or person can have their entropy reversed. This technique leads to incredible action sequences, with characters moving backward and forward in time across the screen in harmony; however, a laborious, head-scratching plot fails to shine in the same way that so many of Nolan’s previous films have.
Nolan is no stranger to confusing storylines — his 2010 blockbuster “Inception,” centered around the concept of stealing and implanting ideas in people’s dreams, is a spectacular film and a greatly complex one — but “Tenet” stands apart in this regard in all the wrong ways.
Much of the first half of the movie is exposition and watching the protagonist (John David Washington), simply referred to as The Protagonist, jump through numerous hoops as the viewer figures out what is going on. A mysterious scientist (Clémence Poésy) in a remote facility explains the concept of “inversion” to the main character — and the audience — before promptly disappearing for the remainder of the film’s rather long two-and-a-half hour runtime. This is followed by two more meetings with characters whose sole purposes are to explain the plot to the audience.
The disregard for subtlety in providing exposition seems a bit patronizing, but without it, the rest of the film would be incomprehensible. These moments also come at the expense of the film’s pacing, as the first half jumps from scene to scene, advancing the plot awkwardly.
However, the audio is the most irritating problem throughout the movie. For a film that relies heavily on dialogue to try to explain away viewers’ questions, the sound mixing throughout “Tenet” makes much of this dialogue difficult to understand. This only aggravates the confusing plot and creates a dissatisfying sense that the confusion is a result of missing something earlier in the film.
Despite these criticisms, the first half is still interesting, even if it is largely fueled by anticipation and curiosity. “Tenet” does reward viewers for sticking with it, as Nolan produces some truly memorable scenes in the second half, the best of which provide the unique satisfaction that comes from anticipating a plot twist or a detail suddenly making sense.
Where the time-inverting madness of “Tenet” shines the most is its action sequences. The film is an action blockbuster at its core, in all its chase scenes, crashes and explosive glory. Nolan uses time “inversion” to create beautiful sequences of organized chaos, and the visual effects and editing truly bring these scenes to life.
Accompanying the great action scenes is the quintessential James Bond-esque action hero, including the occasional one-liners and the stylish suits. Washington gives an admirable performance, but his character is not humanized and lacking in any emotion. The film also stars Robert Pattinson, Elizabeth Debicki, and Kenneth Branagh, whose characters lack chemistry and are one-dimensional, despite the actors’ best efforts. Nolan fails to invite viewers inside the minds of any of the film’s characters, an important part of what makes his other works such as “Memento” and “Inception” so great.
“Tenet” doesn’t feel complete, and wastes too much time wrapped up in Nolan’s newest time-altering fixation rather than developing a complete storyline or dynamic characters. The film’s superb action sequences and visual effects make it an enjoyable movie if you don’t dwell on the confusing details you’ve missed, but it’s not the theater-reviving blockbuster it tries to be.