the Southerner Online • May 4, 2012 • https://thesoutherneronline.com/2318/sports/coach-slades-impact-extends-beyond-the-baseline/ 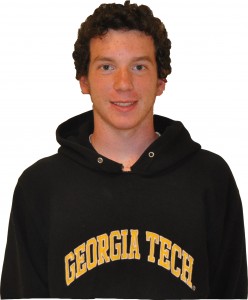 Physically exhausted and mentally strained, we sat down on the side of the gym floor. After another grueling practice, all I hoped for was a quick exit. Coach Douglas Slade emerged, his slim 6-foot-7  frame towering above the basketball team seated before him.

“I’m not gonna make this no long speech or nothing,” he said.

That’s how Coach Slade begins every long speech. I silently groaned, and my feet screamed for relief. It was the beginning of yet another lecture. We were all used to them. They started with a summary of how we did in practice, followed with a critique of our character on and off the court and then finished by delineating the priorities we should have in basketball and in life. Shortly after joining the team I had already picked up on his passionate determination to improve us as ballplayers, but more importantly, as people. Soon enough, it came to a point when my body’s cry for a cold Gatorade and a comfy chair was  overshadowed by my extreme respect for Coach Slade and his messages. Soon enough, I understood that his care for us to succeed was, and is, unwavering.

So when I heard he wasn’t coming back to Grady next year, I wanted it to be known that he will be sorely missed. So in the words of Coach Slade, “I’m not gonna make this no long speech or nothing.”

“I know y’all have heard some rumors,” Slade told us just minutes after our season had ended.

His voice stumbled around the concrete walls of the Carrollton High School visitor’s locker room. Dejected faces, many hidden by hands and tears, crowded the undersized room. My mind was still shuffling through the final images of our 70-57 loss to Carrollton in the first round of the state playoffs. But when I heard Coach Slade say those words, I immediately turned to him. My teammates reacted the same way. We all knew what was coming because we had heard the rumors.

“I’m not gonna be coming back next year,” he finished.

The words were like an icy slap in the face. Even though we knew the slap was coming, it didn’t take away the sting. It was the emotion in Coach Slade’s voice and the tears in his eyes that made it hurt. We knew how much he cared about us and about this team, and there were feelings of regret for not winning and thus prolonging his last season.

My thoughts jumped to next season. It finally dawned on me that Coach Slade was not going to be my coach next year. He won’t be the one blowing the whistle or calling the plays. I won’t hear his pregame speeches, his incomprehensible wails or his unexpected jokes.

In the weeks after the game, I often pondered how much Coach Slade means to me and how much I admire his unrelenting character and care for other people. Coach Slade was determined to teach us valuable lessons that extended off the court. He preached that we should show effort not only in the gym but also in the classroom. I can still hear him saying, when comparing basketball to education, “[Basketball] means absolutely nothing, man, nothing, nothing. Absolutely nothing.”

Any coach can speak in clichés and tired ideas, but not every coach actually cares as Coach Slade did.

He simply urged us to be good people, and he certainly set a good example. While every high school basketball coach in the country curses up a storm, Coach Slade never did. Not once in three years have I heard him swear. But profanity and intensity are not the same thing. In the huddle during a close game, the dark fire in Coach Slade’s eyes made you play harder, faster and smarter. Seconds later, however, the fiery dragon would morph into a less intimidating version of Winnie the Pooh. It was almost comical how kind and forgiving he was to referees. After a bad call, while I’m dreaming of punching the ref in the face, Coach Slade is already giving him an encouraging butt pat.

I still marvel at how that man can balance his intensity with his kindness and humility, and I just hope that one day I can emulate it. In that locker room at Carrollton High School, I thought about how I would miss Coach Slade, but I also realized the positive impact he has had on me.

I will always remember him crying and saying through his crooked teeth, “I love all of y’all.”

We love you too Coach Slade, and I will be eternally grateful for what you taught me beyond the baseline.